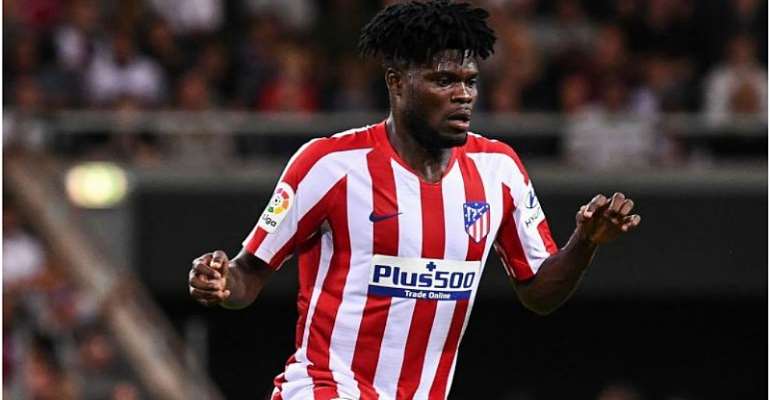 Ghana midfielder, Thomas Partey is eyeing a win as they play away to Russian club Lokomotiv Moscow in the Champions League on Tuesday night.

Following the 2:2 draw with Juventus in the opening Group D game at the Wanda Metropolitano, the Los Rojiblancos will be hoping to secure all three points.

However, the Russian side are also looking to make it two victories on the spin, having recorded a stunning 2-1 away triumph over Bayer Leverkusen on matchday one.

“They [Lokomotiv] have a strong team and they’re doing things well," Partey said, as reported by his club's official website.

"They won their previous match and we’ll try to play well in order to win.

“We work as a team," said the Argentine.
"Being a team is our strength.
"Our players play well when we work as a team.
"Lokomotiv Moscow know what they’re about and are dangerous."

Partey, who put up a splendid show in the weekend's La Liga derby clash with Real Madrid, is expected to be handed a starting spot in Tuesday's tie.