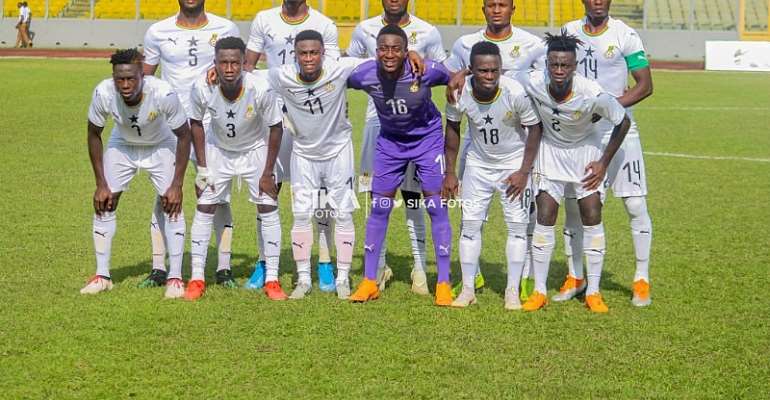 Ghana’s Black Stars B team is set to open their campaign in the 2019 edition of the WAFU Cup of Nations tournament against their counterpart from Gambia later today.

The team is hoping to successfully defend the title which they won back in 2017 when the tournament was hosted on home soil.

The first batch of Ghana’s team arrived in Senegal last Saturday before the final contingent made of players of Asante Kotoko and Ashanti Gold joined them in the last 24 hours.

Head Coach Maxwell Konadu now has his full squad at his disposal and will have the quality to choose from when they come up against the Gambians.

The WAFU Cup started last Saturday with the first round of matches which has been put into a knockout format.

Eight out of the sixteen teams that progress to the next stage will be put into a group of 2, with the best two clubs securing qualification to the semi-finals.

Ghana’s match against Gambia will be played today at 17:00GMT.

Below is Ghana’s 21-man squad for the tournament.