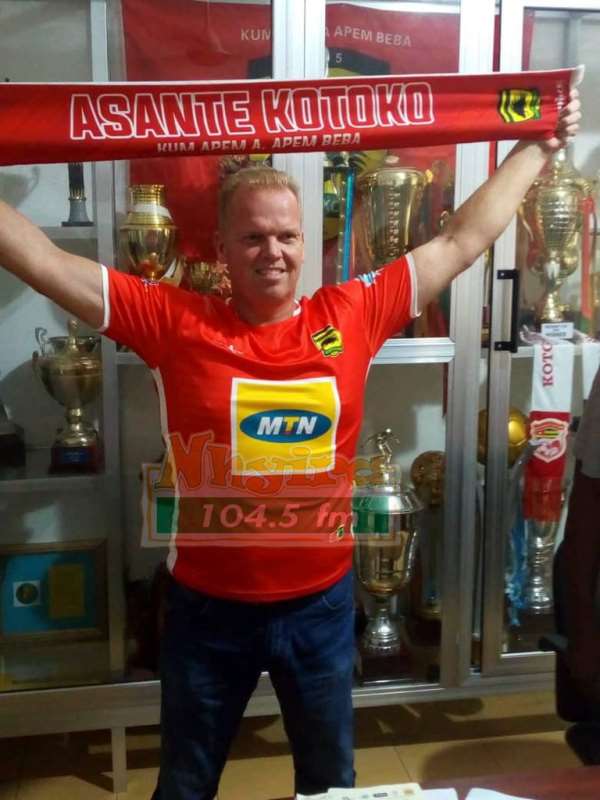 The gaffer was brought in to replace former Black Stars captain CK Akonnor back in July despite leading the side to secure qualification to play in the top-tier inter-club competition.

After crossing the hurdle of the first round in the CAF Champions League, the Porcupine Warriors were paired with Tunisian side Etoile Sportive Du Sahel in the final qualifying round.

The team under Kjetil Zachariassen recorded a 2-0 triumph at home in the first leg but unfortunately suffered a 3-0 defeat on Sunday when they visited Etoile du Sahel in Tunisia.

The performance under the gaffer has been heavily criticized in the last 24 hours with many not pleased with how the team fared in the away fixture.

The latest to lash out at the coach is Dr. Amo Sarpong who has taken to his official Twitter handle to share his fury.

He wrote, “I remember his 1st day at training, this same coach told us, it'll surprise him if we lose any game…now look, even with empty stadium, we couldn't get a single ball on target”.

“We played very abysmal with no sense of urgency, no tactical display, no leader on the field”, the former Kotoko policy analyst said.

Gov't sets up committee to ensure vaccine development in Gha...
20 minutes ago