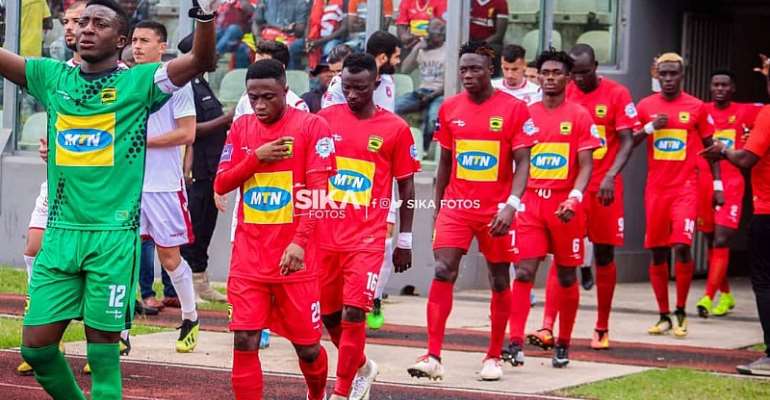 Ghana Premier League side, Asante Kotoko have failed to qualify for the group stages of the CAF Champions League after losing 3:0 to Etoile du Sahel in Tunisia on Sunday.

Kotoko will now play in the CAF Confederations Cup for the second time.

Kotoko got evicted from the continent's flagship inter-clubs competition after an aggregate 3-2 defeat to the Tunisians.

The Ghanaian club wanted to rewrite history by qualifying to the next round of the CAF Champions League after a 12-years wait.

The Porcupine Warriors return to the competition after a monotonous feat at the CAF Confederations Cup last year where they reached the Group Stages.

Kotoko failed to go past the Group Stages after placing 3rd in the group under former coach CK AKonnor.

Kotoko's regional rivals, Ashantigold were knocked out of the CAF Confederations Cup on Saturday by RS Berkane.