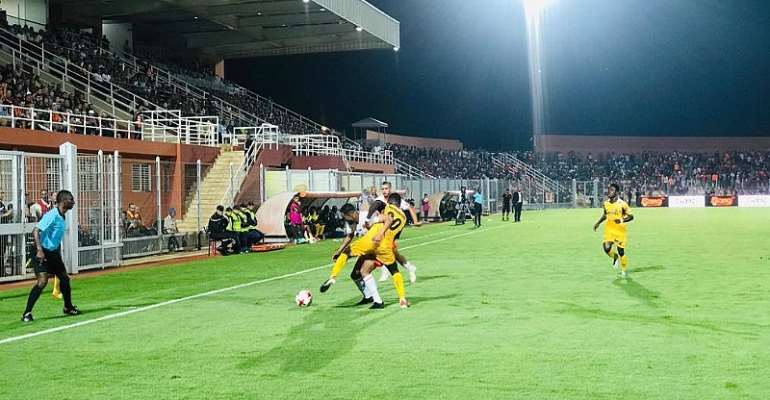 Obuasi Ashanti Gold has been knocked out of the 2019/2020 CAF Confederations Cup after losing 2-0 to RS Bekane in a second leg fixture at the Stade Municipal de Berkane on Saturday night.

The Ghana Premier League side had high hopes going into the match after beating their Moroccan counterpart 3-2 a fortnight ago when they hosted them at the Len Clay Sports Stadium.

Though the West African club held a slight advantage going into the return leg, they could not make it count and sadly fell to the might of the North Africans in front of a packed stadium.

An early red card issued to Muhamed Musah on the 8th minute came as a big blow to the away side.

They managed to hold on for a while but conceded on the 32nd minute courtesy a strike from Dayo Issoufou from close range.

Zaid Krouch cemented the victory for RS Bekane on the 45th minute courtesy a well-curled shot into the back of the Miners net.

All efforts by Ashgold manager Ricardo Da Rocha and his lads to get back into the match failed to materialize, leaving them to succumb to a 4-3 aggregate loss at the end of the two-legged tie.

The Ghanaian side has now been eliminated from the continental competition and will have to try against next time when they earn their ticket.