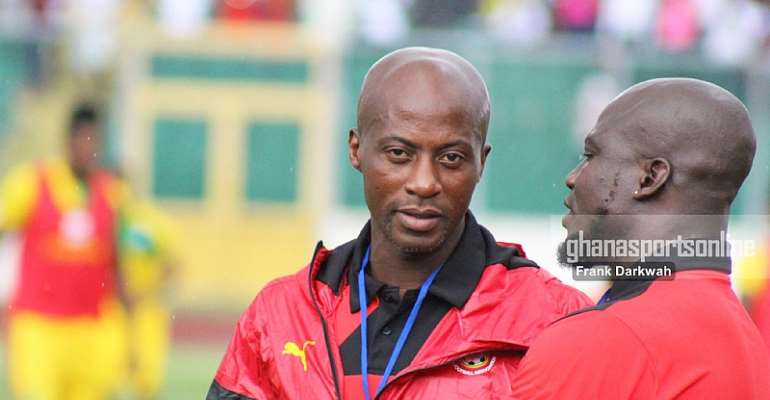 Head coach of the Black Stars, Kwesi Appiah has insisted he has not sacked his assistant, Ibrahim Tanko and technical coordinator of the team, Stephen Appiah.

On Wednesday, reports emerged that the former Al Khartoum manager has called for Tanko and Appiah to be sacked from their posts with the senior national team with sources saying ex-Asante Kotoko trainer Charles Kwablan Akonnor set to replace Tanko Ibrahim.

Speaking on the issue for the first time, the former 59 year old trainer says he is not responsible for the sacking of his backroom staff.

“In the first place, I don’t sack people. I don’t have the right because it is the Normalization Committee that appoints.

“They issue letters as to whether you are fired or appointed. The role I play is to suggest how maybe things should be done.

“So some of the suggestions are what we have been discussing. But I don’t know where this one is coming from,” he stated.

Kwesi Appiah added that the whole brouhaha about his technical team is an agenda from the media and if he is to do away with them, there is a right channel to follow.

“Is it an agenda that people are setting up? At the end of the day, I recommended them and therefore, if I feel there is a need to part ways, the right thing is to tell them or find another way of agreeing on that.”

“So there has been so many things but at the end of the day, a decision has not been taken,” he added.