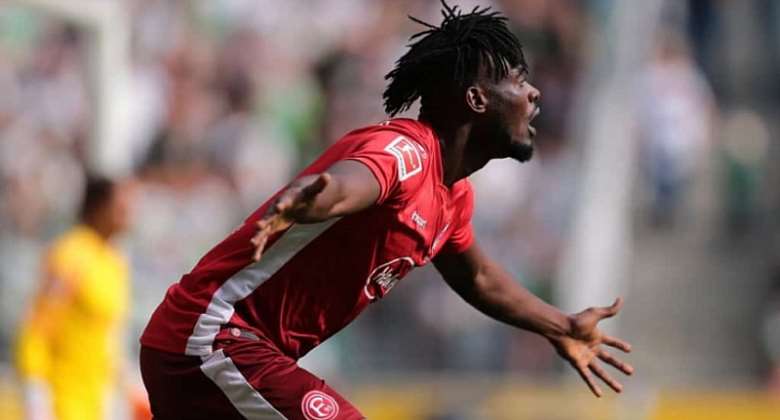 Borussia Mönchengladbach came from behind to beat Fortuna Düsseldorf 2-1 in their clash at the Borussia Park on Sunday.

The 26-year-old opened the score for the Red and White lads with a powerful header on the sixth minute.

A second-half brace from Marcus Thuram handed the home side all the needed points.

The former Medeama SC defender enjoyed the entire duration of the game with a sterling output.