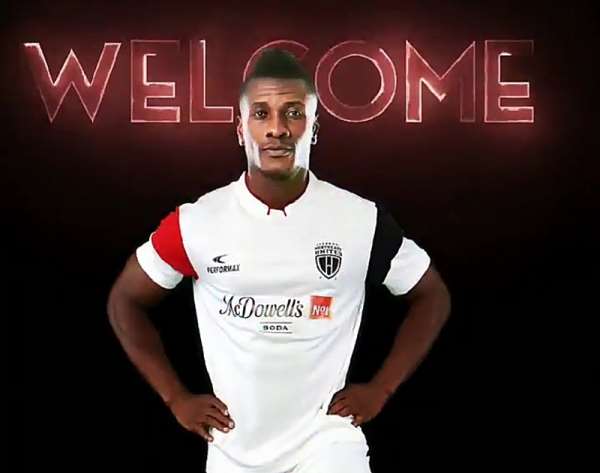 Gyan, 33, joined the club on a free transfer after parting ways with Turkish side, Kayserispor in the summer.

After completing his move, Gyan said, “I am extremely excited to start this new chapter in my career. I have heard great things about NorthEast United FC and the Indian Super League and I am thrilled to be a part of it for the upcoming season. I am confident that we can better the wonderful season the club had last year,” Gyan said.

However, Ghanaians have reacted to the former Liberty Professionals move to the Indian side.

Gyan has played for Sunderland in the English Premier League and is the all-time record goalscorer for his country in international football.

He has also represented Ghana in a total of 4 FIFA World Cups.

Gyan is also the player with the most number of caps for Ghana and has played in two finals of the African Cup of Nations.

He has played football. in Italy, France, England, UAE, China as well as Turkey, making over 400 appearances in total and scoring over 200 goals.