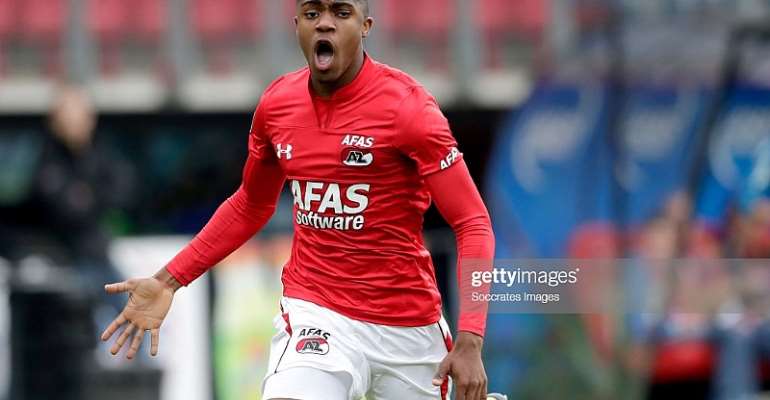 Dutch-born Ghanaian attacker, Myron Boadu has expressed confidence in the quality of his AZ Alkmaar side whiles insisting that they can qualify from Group L of the Europa League which has Manchester United, Astana, and Partizan Belgrade.

The Eredivisie side is expected to open their campaign in this year’s edition of the competition later today in a fixture against Partizan Belgrade at the Stadion FK Partizan at 19:00GMT.

Speaking in an interview with vi.nl ahead of the group opener, Myron Boadu is confident AZ Alkmaar can sail through this stage of the competition to ensure they make it to the knockout stage.

“It is a tough group, with Partizan Belgrade and Astana. But I think we can achieve something beautiful”, the 18-year-old forward shared.

Whiles, he is excited of the prospect of playing against English Premier League giants Manchester United, the highly-rated youngster has noted that AZ will not respect the side when they lock horns on matchday 2.

“In the group, we have already mentioned that we should not have too much respect for United. Then you go off with 5-0”.

“We can play football really well and have a spirit in the team. We also have to dare to show that on Old Trafford. These are the competitions you dream of as a child”, he said.

Myron Boadu will be in action later this evening when AZ Alkmaar take on Partizan Belgrade.