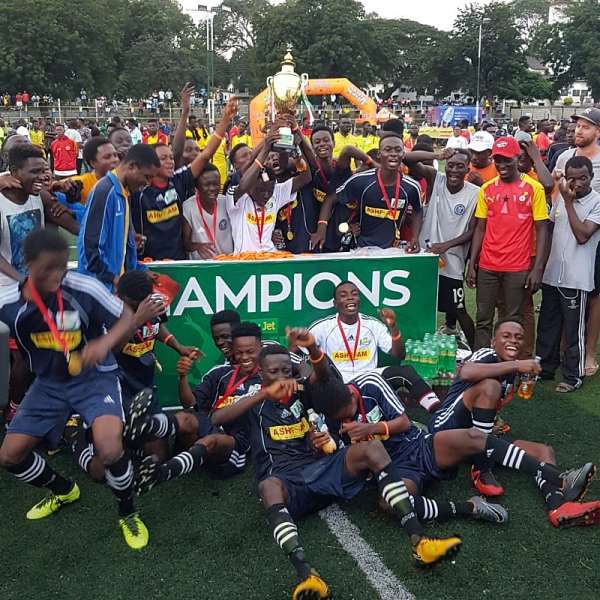 Tafo-based Ofori Academy has been crowned champions of the 2019 edition of the Baby Jet U-16 tournament after beating Kasoa-based Cheetah FC 3-2 in the final on Wednesday at the Accra Academy Sports Complex.

The winners, a club owned by Ghanaian midfielder Ebenezer Ofori were impressive throughout the tournament but were forced to play above themselves when they locked horns with their final day opponent.

Following a pulsating encounter, Ofori Academy did the needful by putting 3 goals past their opponent, though Cheetah FC pulled 2 goals back.

At the end of a very good tournament, Williams Owusu who plays for the champions emerged as the ‘best player’ whiles John Batigi of Cheetah FC emerged as the top scorer with 5 goals.

Catch a glimpse of the final moments in the video below.