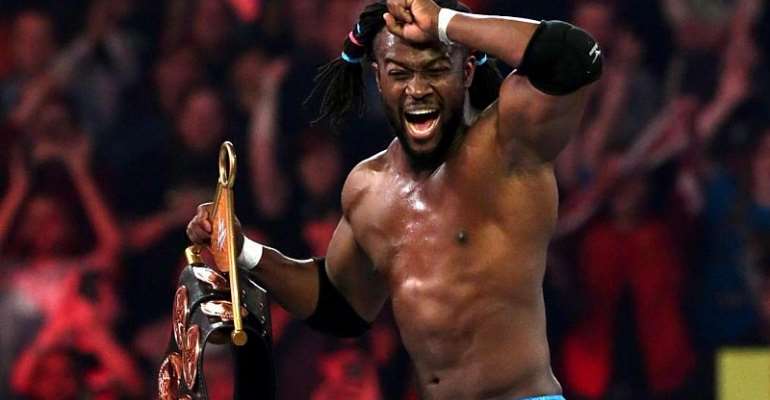 Kofi Kingston has had a better WWE Championship reign than anyone ever could have imagined, and even though many expected his run with the belt to come to an end at Clash of Champions, he was able to hit Randy Orton with a vicious Trouble in Paradise to retain the title and continue his unlikely title reign.

At the final WWE pay-per-view, before SmackDown begins airing on FOX next month, Kingston defeated with his signature manoeuvre to prevent Orton from becoming a 14-time world champion and ensure that the clock didn’t strike midnight on Kingston's Cinderella Reign. Kingston has been one of the unlikeliest world champions in recent memory, having won the WWE title at WrestleMania 35 because fan reaction ensured that he was going to do just that. Indeed, WWE never intended on the heart and soul of The New Day being in that spot. It was originally supposed to be Kevin Owens who got a WWE title opportunity at WrestleMania, just as it was supposed to be Ali who received that massive push that led to that Mania title match in the first place.

A perennial midcarder and tag team performer, Kingston had spent much of the last decade alternating in and out of Intercontinental, United States and Tag Team title feuds, only for WWE to finally pull the trigger on his long-awaited title reign at WrestleMania 35 in what turned out to be the best match and most intriguing story on the show. In even more surprising fashion, Kingston has been booked incredibly well as champion. During his title reign, he soundly defeated names like Kevin Owens, Daniel Bryan, Samoa Joe, Dolph Ziggler and Orton, and a look at his match statistics shows that he has rarely lost matches—which is exactly how a world champion is supposed to be booked. WWE has ridden Kingston's wave of momentum for much longer than anyone expected, but there has always been a cloud of uncertainty hanging over his title reign.

That cloud? SmackDown's move to FOX and the perception that WWE would want the blue brand's top title on a "bigger" star.

While The New Day's merchandising prowess suggests that Kingston, Big E and Xavier Woods all rank among the biggest stars in WWE, Kingston has struggled to draw as WWE Champion. Although all of the blame for this certainly cannot be put on Kingston and that is more indicative of the overall state of WWE, house show attendance figures indicate that he has been one of the worst drawing champions in WWE history, which makes it all the more surprising that he’s still holding the WWE title. WWE is under a ton of pressure with its move to FOX as network officials reportedly have been unimpressed with WWE's struggling TV ratings and the overall state of the product. With SmackDown facing the very real possibility of cancellation on FOX if the show's audience isn't as big as it should be, it is virtually an inevitability that WWE is going to put the WWE Championship on a perceived bigger name in order to draw in more fans to the blue brand.

The most obvious choice for that WWE title win is Brock Lesnar, who is advertised along with a slew of other legends, to appear on SmackDown's first broadcast on FOX next month. Lesnar's move to the blue brand is expected to be more than just a one-time thing, as "The Beast" is one of many major part-time names who could be used on SmackDown on FOX in an attempt to grow its audience, a list that includes Ronda Rousey, Daniel Cormier and John Cena. While it's still likely that those stars show up on SmackDown at some point, potentially for an extended run, it appears that WWE is moving forward with the red hot Kingston as the face of the brand and its world champion, at least for now.

How long that will last is a total mystery, but Kingston’s big Clash of Champions win shows that WWE has a lot of faith in him to be the face of the blue brand.

Even if Kingston is just keeping the title warm for someone like Lesnar or Roman Reigns, it’s worth noting that Kingston has been a centrepiece of FOX’s advertising for SmackDown during this weekend’s slate of NFL games on the network. That could be a sign that WWE believes Kingston is a pivotal piece of the puzzle for the soon-to-be new look SmackDown, and at the very least, it ensures that Kingston’s run at the top of the card isn’t over. Not just yet.

And suffice it say, it’s gone on much longer than anyone could have envisioned.