Prez. Akufo-Addo Endorses The 'Celebration of Our World Champions’ Authored By Ekow Asmah 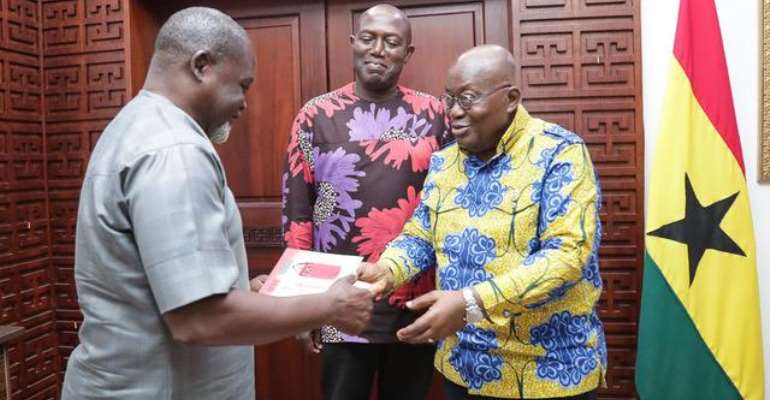 At a brief function during which the author and Herbert Mensah, President of Ghana Rugby, led a delegation including David Kotei, aka Poison, and Hall of Famer Azumah Nelson, Nana Addo expressed his keen interest in boxing, a sport he practised in his youth.

The President praised the author for his great work and commended him for serving as inspiration for other such work in the future.

Other former World Champions on hand were Ike Quartey, former WBA welterweight king, and Joseph Agbeko, former bantamweight champion, and Roger Barnor, a WBC referee/ judge were on hand, too.

The former World Champions took turns to receive signed copies of the book bearing His Excellency's signature and best wishes, after which the delegation and the President marked the occasion with group pictures, having conveyed some of their concerns.