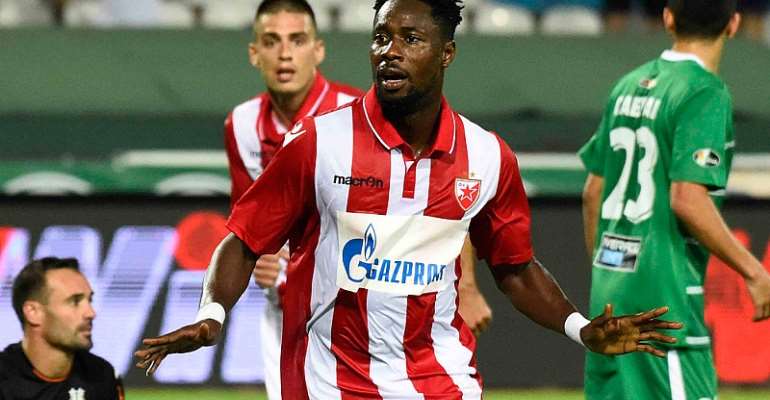 Red Star Belgrade striker, Richmond Boakye Yiadom has said his outfit is confident of playing against the big teams in the UEFA Champions League as they begin their Group B clash against Bayern Munich on Wednesday.

The Serbian side made it to the main group stage of the competition after going past Suduva Mariampole of Lithuania, HJK Helsinki of Finland, FC Copenhagen of Denmark and Swiss side, Young Boys, in the qualifiers.

Boakye-Yiadom's side are in a group that has Bayern Munich, Tottenham Hotspur and Olympiacos of Greece but the 25-year-old feels Red Stars Belgrade can progress from the first stage of the competition.

“The group is not an easy group but I find the selection to be an amazing one because such teams will motivate you to do your best. I have always said that all matches are always between two sets of eleven players and so, I am not scared of afraid of any team or any player.

"I respect all teams and all players. It is football and so, I give my best and at the end of every match, we will see who wins or loses.

"What we are doing as Red Star Belgrade is to prepare so we can make it out of the group. It will not be easy but if we keep doing the things that have helped us get to the group stage, we can also qualify.”

Despite not having scored yet in the Serbian League this season, Boakye Yiadom has found the net three times in the qualifying stage of the UEFA Champions League against Suduva, HJK and FC Copenhagen and he will hope to score a few more times to help the Serbians make it to the Round of 16.