Atletico Madrid Has Given Me Everything – Thomas Partey 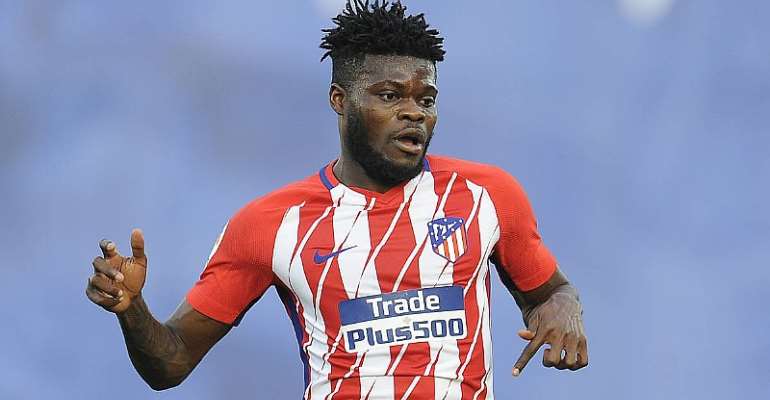 Ghanaian midfield enforcer, Thomas Partey has vowed to give his all to his Atletico Madrid side whiles citing that the club has given him everything a player would have asked for.

The player joined the Spanish La Liga giants in 2012 and has now become an integral part of the team that has become a force to reckon with both locally and on the European turf.

He was at the center of several transfer speculations but stayed on to help the Rojiblancos challenge for the La Liga trophy this season.

Speaking on life at Atletico Madrid and his future, Thomas Partey disclosed that he is focused on the present and will give his all to Diego Simeone’s side throughout the season.

“I always think about the present. Now I am here and I only think about giving it all every year. In the future, you never know what will happen. I think of Atleti and giving everything. I arrived as a child, this club welcomed me. Now I am a player and also a fan.

“All I have achieved is thanks to this club and I am very grateful”, Thomas Partey stressed.

The player has been in fine form this season and is in contention to feature for the side in their opening match with Juventus in the Uefa Champions League later this evening.