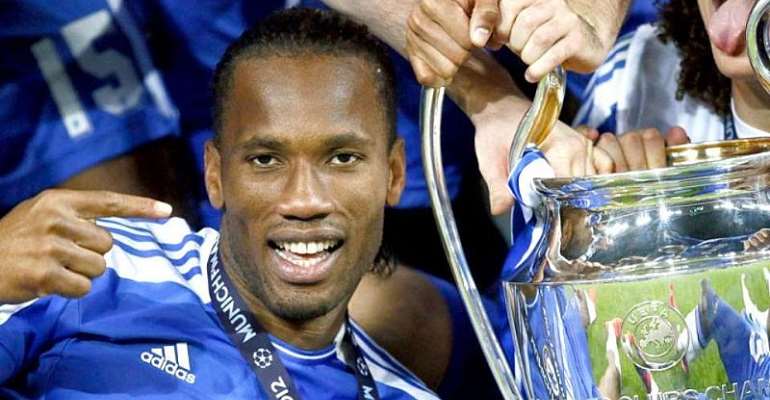 Legendary Didier Drogba has disclosed that he was approached to become a coach at Chelsea but he, unfortunately, had to turn it down because he is currently focusing on improving football in his country.

The Blues were forced to hunt for a new coach this summer following the departure Italian tactician Maurizio Sarri.

They later settled on English great and club’s all-time top scorer Frank Lampard who has subsequently become a fan favorite in the dugout after impressing in the early stages of the ongoing English Premier League season.

Speaking in a recent interview, Drogba is quoted on tribal football confirming that he passed the offer of returning to Stamford Bridge as a coach.

“Chelsea offered me the chance to return to them as a coach.

“But being a coach does not interest me. I am a leader, and my vision is bigger than just the simple role of being a coach.

“I could have stayed at Chelsea, but I think the real challenge is here.

“I want us to re-think football, with a nationwide vision, so we can develop the game here.

“The Ivory Coast has a glorious footballing past.

“The funds are in place, together with talent and potential, but they are under-exploited.

“There are some very competent people in the Ivory Coast who can work with me on this project”, the Ivorian international said.