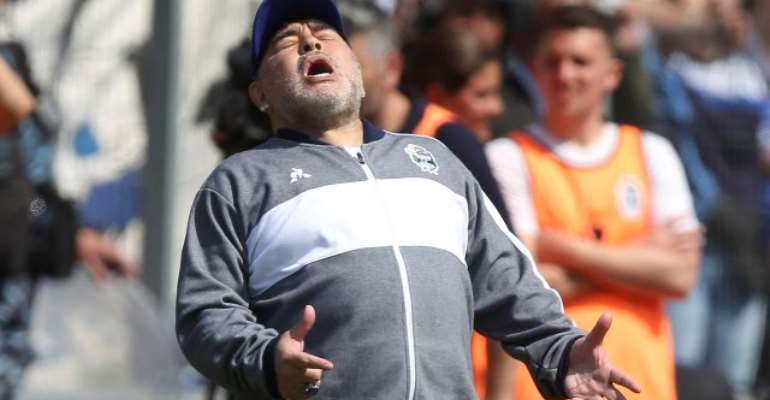 The Diego Maradona era as coach of Argentine side Gimnasia y Esgrima began with a loss on Sunday as defensive errors contributed to the club’s 2-1 league defeat at home to Racing.

Maradona, who took over at the ailing club last week, was an animated presence on the home touchline in La Plata, near Buenos Aires.

However, a goalkeeping error allowed Racing to take the lead 36 minutes into the match and although Matias Garcia equalised for Gimnasia six minutes into the second half they went behind again two minutes later after hesitant defending let Federico Zaracho grab a winner.

“I thought the team played well, the lads were great, but we need to keep working,” said Maradona, who is coaching in his homeland for the first time since he led the national team in 2010. “We’re not finished yet.”

The result was Gimnasia’s fifth defeat in their first six league games and leaves the club rooted to the bottom of the 24-team table with one point.