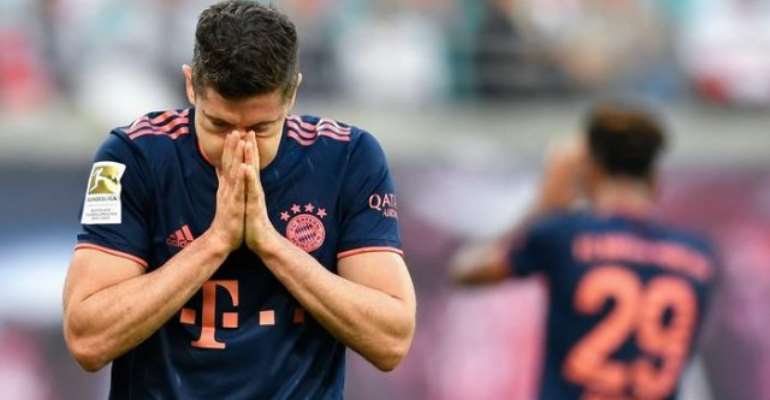 The five talking points from the Bundesliga weekend

BAYERN EFFICIENCY
Bayern Munich will be looking to improve their efficiency against Red Star Belgrade in the Champions League this week after failing to beat RB Leipzig on Saturday despite a completely dominant first half.

With 73% possession in the first half and a bagful of missed chances, including from top scorer Robert Lewandowski, Bayern should have gotten more than the final 1-1 in a first-half described as "fantastic" by Bayern coach Niko Kovac.

His Leipzig counterpart Julian Nagelsmann said the one point his team earned "was a bit lucky."

SCHALKE IMPROVEMENT
Schalke 04 are finally making their fans smile again following a dominant 5-1 win over promoted Paderborn, their highest away win in 42 years.

New coach David Wagner, who honed his coaching skills early in his career at rivals Borussia Dortmund, saw his team score four times in the second half for their second straight win.

FREIBURG RUN
Bundesliga minnows Freiburg are also spreading the joy with their best-ever league start. Freiburg may have a fraction of the budget of Bundesliga heavyweights but Christian Streich's formidable team so far has the best defence in the league with only three goals conceded.

They also have a club record 10 goals after four matches, bettered only by Bayern Munich and Borussia Dortmund.

"You could say it is the tactics, but it's all mentality, it is all in the head," Streich said after his team's 3-0 win at Hoffenheim.

HERTHA MISERY
It is exactly the opposite story for Hertha Berlin, whose new coach Ante Covic has yet to celebrate his first Bundesliga win and is under mounting pressure following their worst start since 1972.

Hertha lost 2-1 at Mainz 05 for their third loss in a row with the visitors' defence being a shadow of the solid backline of previous seasons under Pal Dardai.

With only three goals in four games, their frontline is equally weak.

"There is not always a clear solution in football," forward Davie Selke, who hit the post, said. "There is no answer why we are not scoring when we carve out our chances."

PIZARRO FIRSTS
Claudio Pizarro has done almost everything in his 20 years of Bundesliga but in their 2-1 win at promoted Union Berlin even the 40-year-old Werder Bremen forward, who is the league's all-time second-highest scoring foreign striker, found himself in new territory.

He had never played at the Alte Foersterei stadium before Saturday and he was forced to come on late in the unexpected role of a defensive midfielder.

"This 10-minute appearance of Pizarro on the six position is not something you train often," Werder coach Florian Kohfeldt said.