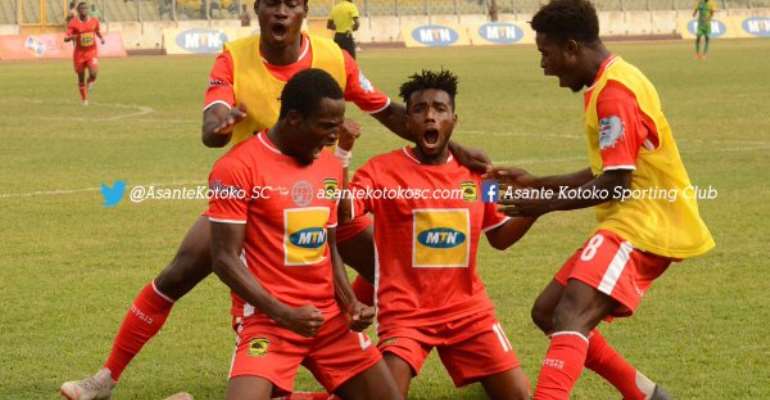 Kumasi Asante Kotoko recorded an impressive 2:0 win in the preliminary round first leg over Etoile du Sahel in the CAF Champions League.

The Ghana Premier League side welcomed the Moroccan side to the Baba Yara Sports Stadium on Sunday afternoon.

Augustine Okrah got Kotoko’s first in just 3minutes from a well-dispatched free-kick.

Striker, George Abege almost got the second for Kotoko after he struck the upright from distance.

The Porcupine Warriors held on to the lead as they went into the break with an advantage.

The home side began the second half on a positive note and pinned Etoile du Sahel to their own half.

Richard Arthur who had been silent in the game finally found the back of the net with a wonderful goal before making way for Songne Yacouba.

Kotoko, however, looked the better side throughout the second half and dominated possession.

George Abege after superbly working his way into the Etoile penalty area fluffed the opportunity by shooting over the bar.