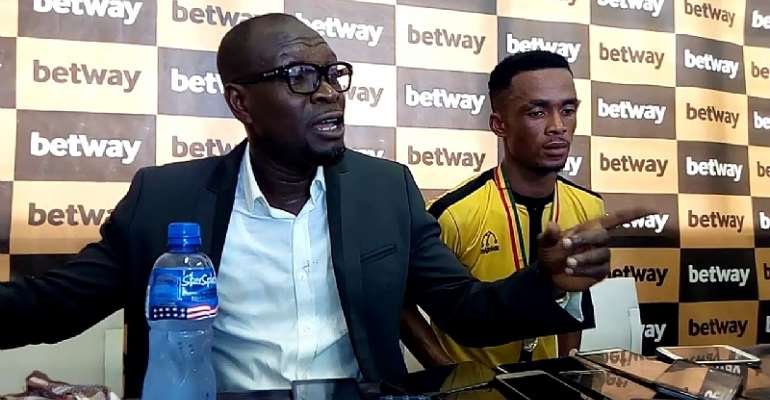 The upcoming duel is crucial to the aspirations of the Miners who are seeking to make it to the group stage of this year’s second-tier inter-club competition.

Speaking to Kumasi FM in a build-up to the first leg of the two-legged tie against RS Bekane, former Ashgold coach CK Akonnor has indicated that his formal employers are facing a tough opponent.

Nonetheless, he has implored them to perform at the top level and win massively to ensure the second leg in Morocco becomes easier.

“I would have wished Ashgold wouldn’t meet a tough opponent at this stage, however, Ashgold has what it takes to win matches of this sort but they need to win by a huge margin to seal qualification to the next stage”.

“I’m very positive about Ashgold winning. The current players have what it takes to win the game”, the former Kotoko gaffer opined.

Ashgold goes into the match this weekend with a full squad and looks favorite to carry the day even though it won’t be a walk in the park.

The match between Ashgold and RS Bekane will be played at the Len Clay Sports Stadium at 15:00GMT tomorrow.