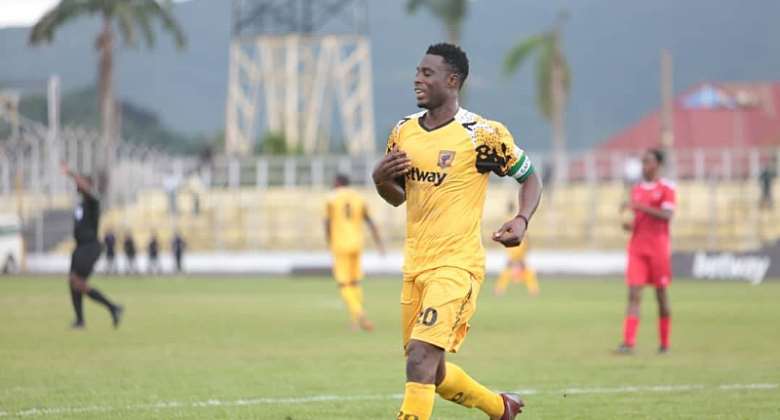 Captain for Obuasi Ashanti Gold, Shafiu Mumuni says he is expecting a tough test from RS Bekane this weekend when the two clubs go head to head in the first leg of the second round tie in the 2019/2020 edition of the CAF Confederations Cup.

With the Miners targeting progression to the group stage of this year’s second-tier inter-club competition, they will need to eliminate the Moroccan giants at the end of this round.

In a build-up to the first meeting between the two top clubs, Ashgold striker Shafiu Mumuni is confident his side will carry the day but has also admitted they won’t have it easy.

“We know definitely the game will be tough for us but we are determined, we are fully concentrated. Things are going on well with regards to preparations and there is enough motivation”.

"We are ready for the game and hopefully we will give the supporters something to smile after the game”, the prolific attacker stressed.

Shafiu Mumuni bagged a hat-trick in the side’s last match against Akonangui FC and will be hoping to have a good day when he steps onto the pitch to spearhead his team’s attack against RS Bekane.

The match will be played at the Obuasi Len Clay Sports Stadium on Saturday, September 14, 2019. Kick-off has been slated for 15:00GMT.

Budget approval: NDC and Adwoa Safo’s PA engage in ‘It’s her...
14 minutes ago