Women In Sports Urged To Unite For Great Successes 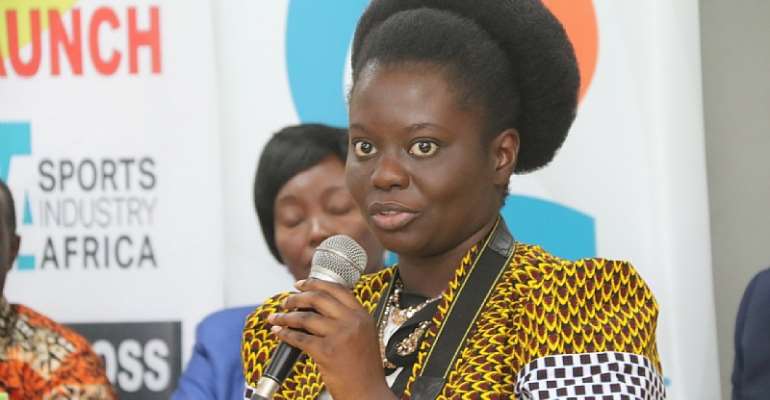 Angela Akua Asante aka Triple A, a freelance Online Sports Journalist who made history as the only accredited reporter from Ghana to cover the 2019 FIFA Women’s World Cup in France as well as one of the three female journalist to be at the 2018 FIFA World Cup in Russia has advised women sports administrators, managers, media as well as sportswomen to unite and seek for their goals.

Speaking at the launch of the 2019 Ghandour WISA Omy TV Awards which she has been named as a winner following her successful exploits, she said the best way for women who are interested in sports to be heard is solidarity and focus.

She will be honoured alongside 26 others and six teams for their hard work that has contributed to sports development and promotion over the past season.

The multilingual reporter who is a fan of Christian Ronaldo, and has been following football wanted to take football as a career but decided to do other things because she had the opportunities and support from her parents.

Joined by her mum at the WISA Awards launch held at Accra Sports Stadium, she thanked Ghandour Cosmetics for supporting and encouraging female participation in sports.

She also thanked the Ghana Olympic Committee (GOC) President for motivating female athletes as well as Madam Gloria Commodore who has taken it up to inspire female sports journalists and sportswomen for their achievements.

Angela Akua Asante who has visited many countries through sports was the first Ghana to take part in the AIPS Young Reporters Program and advised young journalists to invest in their work.

She said knowledge is power, so they must read wide to know what is happening around them every time.

She also commended the Sports Writers Association of Ghana (SWAG) who has over 40 years motivated and inspired Ghanaian sportsmen and women with their prestigious and respected awards.

She appealed to corporate Ghana to aid female sportspeople as their recent performances at the African Games prove that when they are encouraged, they can excel and rob shoulders with the best of the world.

The Awards ceremony comes off at the multipurpose court at the Accra Sports Stadium on Saturday, September 28, 2019.