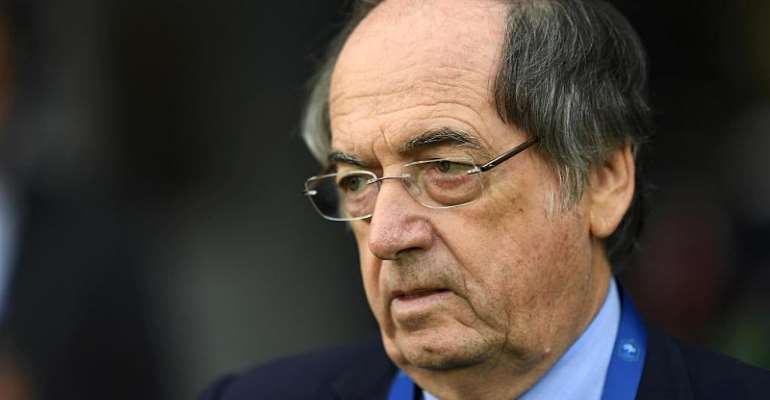 Le Graet, who had earlier complained about referees stopping matches over the abuse, said he affirmed his commitment to Maracineanu in the fight against all forms of discrimination.

They also called for confidence to be placed in referees to stop matches when required.

The joint communique tempered a public spat between the pair.

Views
On Tuesday, Le Graet said in an interview on France Info radio station that stopping matches for anti-gay chants and banners was a mistake. "I would stop a match for racist chants," he added.

His comments brought a welter of complaints and calls for his resignation from gay rights and anti-racism groups.

Maracineanu, a former Olympic swimmer, said Le Graet had been wrong to differentiate between homophobia and racism.

Action
Since the start of the French season, several matches have been halted by officials due to perceived homophobic chants and banners in stadiums.

Among those were Marseille's 2-1 win at Nice last month, which was stopped for 10 minutes.

Another game, between Metz and Paris Saint-Germain, paused briefly when a banner was unfurled by Metz supporters asking the league to allow them to aim homophobic chants at PSG.

The interruptions - instigated by match officials - have been criticised by  supporters from around the country but have been praised by politicians, led by Maracineanu and equalities minister Marlene Schiappa.