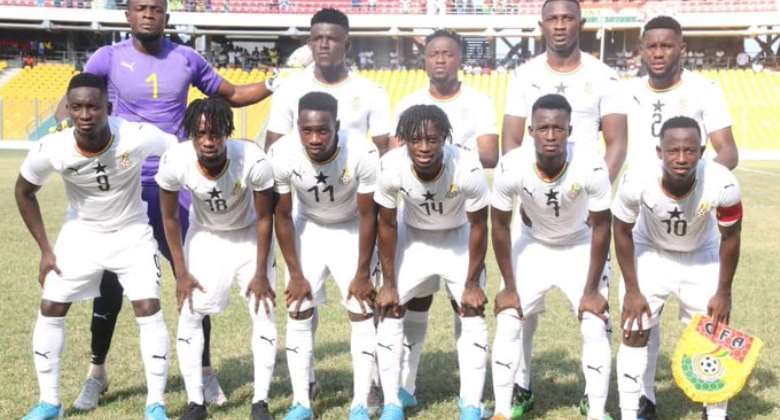 Owner and bankroller, Alhaji Karim Gruzah has heaped praises on Coach Ibrahim Tanko for Black Meteors qualification to the U-23 African Cup of Nations in Egypt.

The North African side frustrated Ghana's U-23 side to a 1:1 in the first leg at the Accra Sports Stadium last weekend.

However, Tanko and his men defied all odds when they defeated their opponents 1-0 in Setif on Tuesday, September 10, courtesy Yaw Yeboah’s 69th-minute strike.

According to the astute football administrator, the performance of the technical team headed by Ibrahim Tanko needed to be celebrated.

“Considering what happened in Accra last Friday, there was no hope that we would qualify for the November tournament in Egypt, but Tanko has proven that in football, nothing is impossible," he told Graphic Sports.

“Algeria is a formidable team in Africa and to beat such a team, which included some of the players who won the 2019 AFCON in Egypt a few months ago in Algeria, is something worthwhile,” he noted.

“It is for this reason that I commend Tanko in particular, the technical team in general and the players for their sterling performance last Tuesday. As a former player of King Faisal, Tanko has really enriched my CV and that of his former team,” he added.

The victory qualified Ghana alongside host Egypt, South Africa, Zambia, Cameroon, Cote d’Ivoire, Nigeria and Mali for the November 8 to 22, 2019 U-23 AFCON in the land of the Pharoahs.

Minority investigates impersonation of Adwoa Safo in 2022 bu...
52 minutes ago