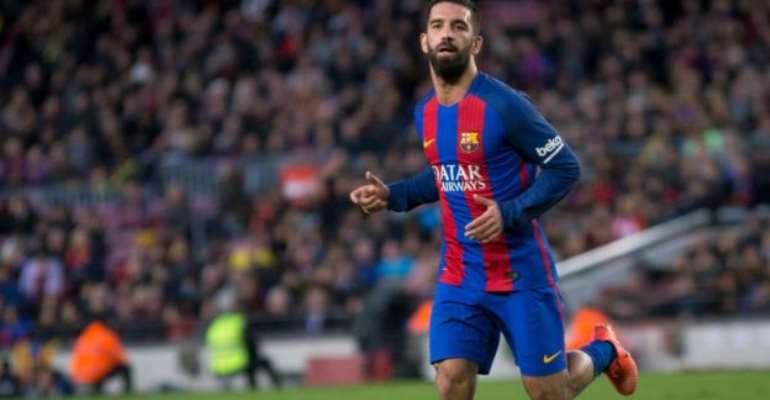 Barcelona midfielder Arda Turan has received a suspended jail sentence of nearly three years for firing a gun in a hospital after a fight with a singer.

Turan - currently on loan to Istanbul Basaksehir - got into a brawl with Berkay Sahin last year which ended with a broken nose for the pop star.

The footballer, 32, then turned up at the hospital and shot at the floor.

He was sentenced for firing a gun to cause panic, illegal possession of weapons and intentional injury.

A court gave him a jail sentence of two years and eight months but he will not spend time in prison unless he commits another crime in the next five years.

Istanbul Basaksehir has fined the midfielder 2.5 million Turkish lira (£350,000) over the incident.

Reports say Berkay Sahin was with his wife Ozlem Ada Sahin at an upscale Istanbul nightclub last October when the fight broke out.

Ms Sahin told Haberturk newspaper at the time that Turan made suggestive remarks to her, and then attacked her husband, who is well-known in Turkey. The singer was then taken to hospital for surgery on his broken nose.

But the incident didn't end there. Turan appeared at the hospital with a gun, allegedly begging for forgiveness. Panic ensued after the footballer fired the weapon at the ground.

Writing on Instagram on Wednesday, Turan apologised to his club and his family for his "momentary mistake".

However, he said the allegation he verbally harassed Ms Sahin was "a heavy and ugly slander". The Turkish court acquitted him of sexual harassment charges on Wednesday.

"I learned lessons from these events," he wrote. "My greatest aim is to make my family, my dear wife, my club and friends proud."