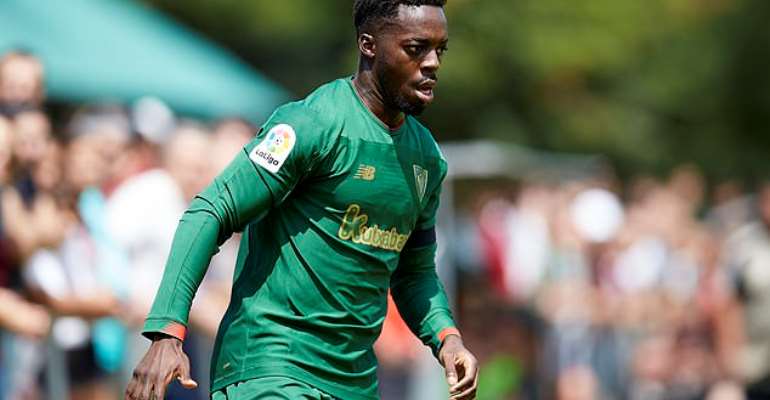 Spanish born Ghanaian forward, Inaki Williams has opened up on interest from Manchester United in the summer before signing a new contract to stay at Athletic Bilbao.

The 25-year-old pacy forward was reported to be a potential replacement for Romelu Lukaku joined Inter Milan from the English side for a fee of £73 million.

And speaking to Spanish outlet, Williams has confirmed he did speak to Manchester United before he signed a new nine-year deal with the Basque giants.

"I had contact from Manchester United but I cannot tell you who it was,' Williams said. 'My number one option has always been to stay at Athletic Club and to retire here.

But Williams did not show any signs of unease in committing his future to Athletic Bilbao in one of the longest player contracts seen in European football.

It is almost on a par with the 10-year contract Real Betis handed the Brazilian winger Denilson back in 1998.

The deal, which takes Williams through until 2028, includes a £125m release clause.