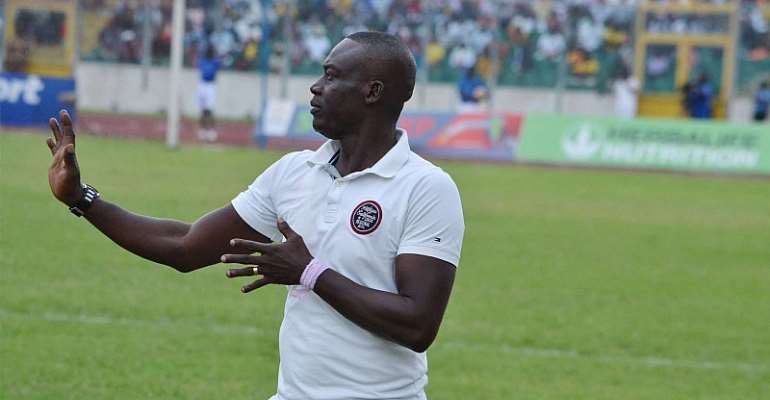 Assistant coach of the Black Meteors of Ghana, Michael Osei is confident of qualifying for the 2019 Africa U23 Cup of Nations has not changed despite a shaky start to the final round of qualifiers.

Ghana face a difficult task ahead in Tuesday's second leg decider away in Algiers having been held to a 1-1 draw by Algeria in Accra on Friday afternoon.

The aggregate winners after both legs join six other teams and hosts Egypt for the final tournament from November 8 to 22.

“It was a very difficult game here. We couldn’t play well in the first half and we got a chance to convert from the spot but it didn’t work for us," Osei said, as reported by Footballghana.

“The tie is not over. We will go there to do our best to see if we can qualify.

"Qualification is our target so we are going to Algeria to do our best to qualify.

“We can’t qualify without winning, so we are going there to surprise them and we are not afraid.”

The technical team together with 18 players left the shores of the country for Algiers for the return encounter.

Ghana are seeking a first-time qualification for Afcon, having failed to secure a ticket since the competition's inception in 2011.

Afcon will, in turn, serve as qualifiers for next year's Tokyo Olympic Games, with the top three teams in Egypt set to represent Africa at the global showpiece.

The Black Meteors have not appeared at the world event since Athens 2004.