We Are Building A New Team Around Thomas Partey, Joao Felix And Other Players - Diego Simeone 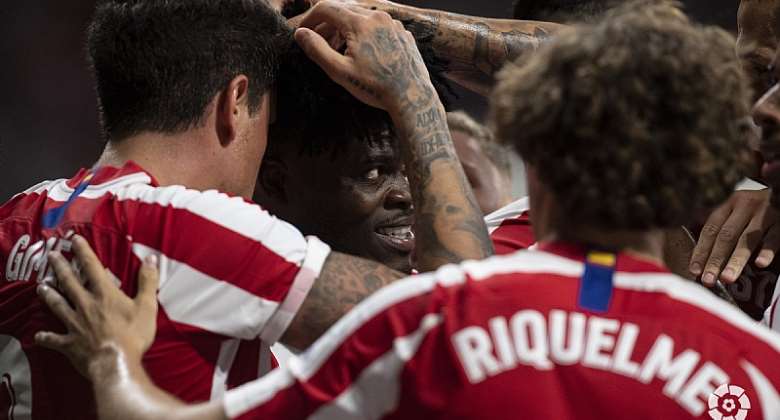 Diego Simeone, head coach of Atletico Madrid has reiterated that his side are building a new team around players like Joao Felix, Thomas Partey and other players.

The Los Rojiblancos have 100 percent record in the La Liga winning all three matches played.

Antoine Griezmann, who was a star for the side joined La Liga rivals, Barcelona in the summer.

However, the Argentine tactician says his 2014 team is stronger than his current team but he will build a new side around the talents he has in the team.

"I have young talents in my squad such as Thomas Partey, Joao Felix, Thomas Lemar, Renan Lodi, Mario Hermoso and Saul Niguez, but my squad was better in 2014.

"My players were much better. Now we're building a new team," he added.

Atletico Madrid are on top of the La Liga table with 9 points.

Real Sociedad will host the Los Rojiblancos in the matchday four of the La Liga on Saturday, September 14.