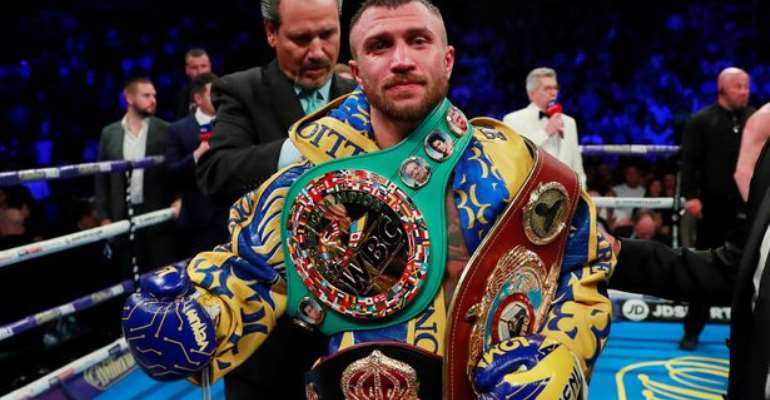 After winning the WBC, WBO, WBA Lightweight belts, Ukranian boxer, Vasyl Lomachenko, has revealed that he wants the IBF belt to become the unified champion of the weight class.

Currently, the IBF title is in possession of Ghana’s Richard Commey and should he win his bout against Teofimo Lopez, boxing fans could get a showdown between Commey and Lomachenko.

Commey has a mandatory bout with Lopez possibly this December and that bout will have all of Lomachenko’s attention as he would want to face the winner of that bout per what he said after his victory over Luke Campbell in London.

“I am happy that I won and I would like to thank everyone who came to watch the bout. Next for me, is the IBF crown because it is my title,” he said to Sky Sports Boxing.

Bob Arum, CEO of Top Rank Boxing Promotions confirmed that the Ukranian was really eager to get his hands on all the crowns in the division and that, he may even go after titles in other weight classes.

“Obviously, we are looking to win the fourth belt to unify the title. We are going to fight the best at featherweight, super featherweight and lightweight. He can make the needed weight to fight in all these other divisions.”