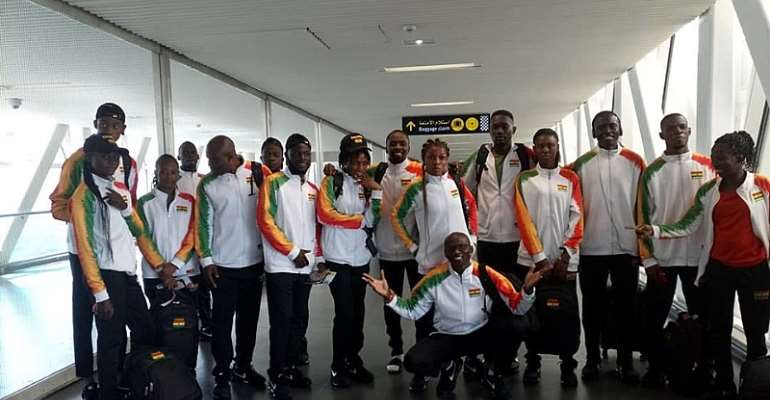 Ben Nunoo Mensah, President of the Ghana Olympic Committee (GOC) has congratulated the athletes, officials and organisers of the 12th African Games in Morocco.

He said despite the poor preparations, Team Ghana was able to bring home 13 medals, representing 2 gold, 2 silver and 9 bronze with weightlifting and athletics as the shining sports.

He noted that the keys to winning are planning, preparations and participating in competitions to be on top of the game.

He expressed that Ghana could have won more medals, however he feels content due to the high level of the competition and the competitors.

According to the GOC president, every country wants to be a champion so they are investing massively in sports and urged the companies to support the sportsmen and events.

He specially commended Winnifred Ntumy who set the weights rollings as she claimed 3 bronze medals in a day as well as Akwei and Forrester Osei who also put Ghana on the podium.

He described the performance of the sprinters, especially the 4x100m squad as marvelous and splendid.

He wished them more success and better times as they prepare for the Olympic Games, which is the target of all sports men and women.

Ben Nunoo Mensah also hoped that the Black Meteors and Black Queens would qualify to attract more support from the fans and companies.

Meanwhile, the GOC President has introduced Mr. Mike Aggrey, President of Ghana Golf Association as the new Chef du Mission for the Tokyo 2020 Games to replace Paul Atchoe who was voted out of that position as the 2019 Congress held at the AMA Hall.