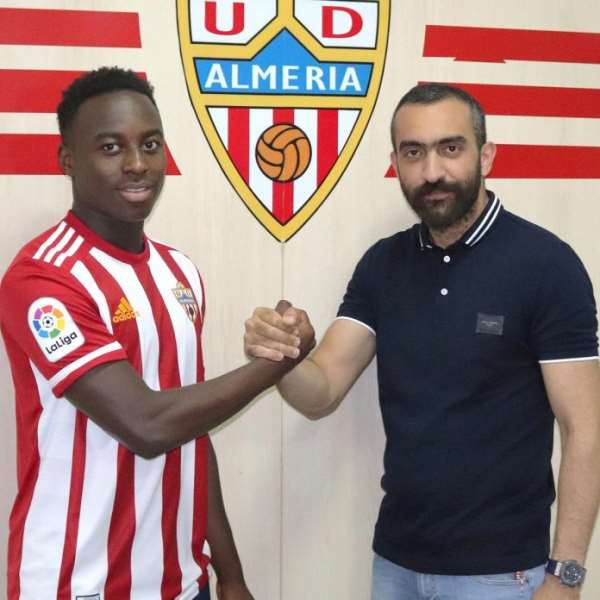 The teenage sensation has reportedly been on the radar of the English Premier League side this summer and is understood to have tabled an offer of £8 million in hopes of securing his signature.

Following fruitful negotiations with UD Almeria however, Arvin Appiah has finally decided to continue his career in Spain and has penned a three-year deal with the side.

He completed and passed a mandatory medical examination at the club earlier today before putting pen on the dotted lines to append his signature.

The 18-year-old is highly rated and has been signed to boost the squad of Almeria as they continue their quest to gaining promotion into the Spanish La Liga at the end of the 2019/2020 season.

Appiah, born in Amsterdam has played for England at the youth level but has been tipped to represent Ghana at the senior level.