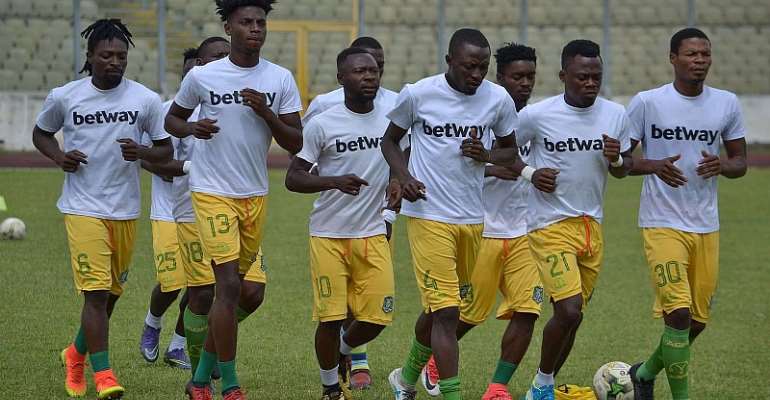 The Chief Executive Officer of Aduana Stars, Albert Commey has revealed that his club have had to slash the salaries of players due to lack of football activities.

Football activities in the country have been brought to a standstill following the stinking revelations in the 'Number 12' documentary by Anas Aremeyaw Anas in June 2018.

After several deliberations with government, a stop gab competition named Normalization Committee Special Competition was organized to keep the clubs busy from February to June.

With Congress scheduled on September 5, the return of domestic football is yet to be known.

“With the situation, we find ourselves in, we are forced to slash the salaries of players because there is no football," Commey told Asempa FM.

“Some of our sponsors have made us understand that until the league starts, they are not paying us any money while another company wrote to us that they have withdrawn their sponsorship because there is no league. You can’t fault them.

“All these make running a club in the country difficult.

“We had been trying to pay full salaries until this month when management sat down with players and presented them with two options – either to go sit home without pay until football returns or they take a pay cut and train with us. And they opted for the latter, that was about two weeks ago.

“We are only applying what the clauses in our contracts say in force majeure situations. The fact is that this is not deliberate. Others [clubs] begun it [a while back] but for us, it is now we are starting. However, when we start the league, it will come back to the normal pay.”

Last month, a move by the Normalisation Committee to begin a new league season was rejected by the clubs who insisted on holding an extraordinary congress and electing a new FA leadership to supervise the organisation of the local championship.