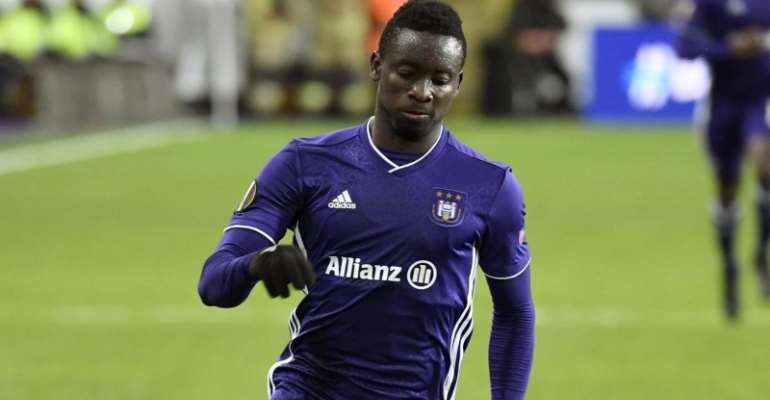 The player has been keen for a move away from his parent club Anderletch after becoming surplus to requirement in the past campaign as well as the ongoing 2019/2020 season.

He has now secured a season-long loan move away from the Belgian giants in hopes of enjoying regular playing time at Esbjerg.

The Ghana U-23 forward is yet to have an explosive season in Europe since moving from Kotoko a couple of seasons ago.

Since arriving at Anderlecht, he has had a loan stint with Vitesse Arnhem in the Dutch Eredivisie where he managed to bag three goals in 16 matches whiles providing one assist.

He is expected to be joined by Esbjerg manager Sascha Empacher for a mandatory medical examination before the move is officially announced.