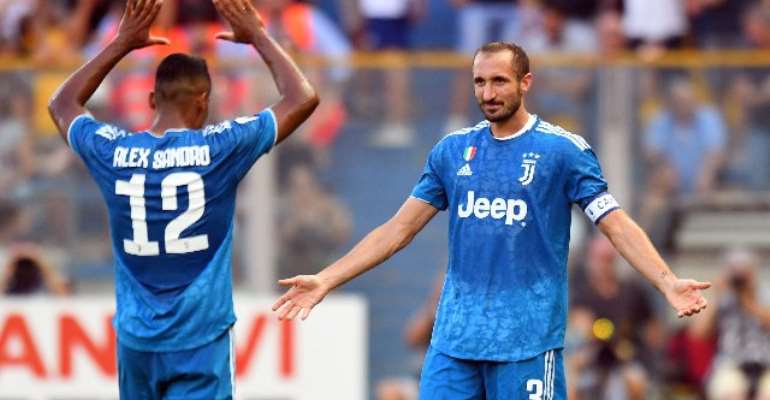 Even Bologna's own players were surprised when coach Sinisa Mihajlovic, who is undergoing treatment for leukaemia, turned up to take charge of the team for their Serie A game at Verona.

Elsewhere, Serie A seemed to carry on where it left off last season with wins for Juventus and Napoli and continuing confusion over handball and the use of VAR.

MIHAJLOVIC LEAVES HOSPITAL TO TAKE CHARGE OF TEAM
Bologna coach Sinisa Mihajlovic, diagnosed with leukaemia six weeks ago, left hospital for the match at Verona, a move that not even his own players had expected.

"The coach told us this week that he wasn't 100 percent so we didn't think we would have him with us. It was an incredible surprise," said winger Riccardo Orsolini.

"We were so happy and it gave us an extra boost. We're just sorry that we didn't give him the victory."

Mihajlovic took over in January with Bologna in the relegation zone and led them to a 10th place finish last season in a remarkable transformation.

"He gave us the usual speech before the match. He's lost a bit of weight, but the grit, determination and passion were the same as always," added Orsolini.

FIORENTINA FUME OVER NAPOLI PENALTY
Refereeing was a key talking point over the weekend and the use of VAR again seemed to add to the confusion rather than reduce it.

The most contentious decision was a penalty given to Napoli in their 4-3 win at Fiorentina when forward Dries Mertens jumped over the outstretched leg of an opponent but then fell over despite no contact appearing to be made.

Referee Davide Massa immediately pointed to the spot and, after checking with VAR officials, stood by his decision without reviewing it on the pitchside monitor.

Marcello Nicchi, head of the Italian Referees' Association (AIA), was among those who said that officials got it wrong.

"The problem is that nobody understood that they made a mistake - it was not a penalty," he said.

TWO PENALTIES GIVEN FOR HANDBALL, ONE TURNED DOWN
Two penalties were awarded for handball over the weekend and one was turned down, all following lengthy VAR reviews. All of them would probably have been considered unintentional and been waved away until recently.

Fiorentina were awarded a fifth-minute penalty after the ball rebounded onto Napoli midfielder Piotr Zielinski's hand in a crowded penalty.

Brescia were also given a spot kick after a handball by Cagliari's Alberto Cerri which was almost imperceptible to the naked eye and went unnoticed until VAR officials intervened. Brescia won 1-0.

Udinese defender Samir was let off the hook, however, when the ball appeared to brush his arm as he jumped at a corner. It took nearly four minutes for officials to make the decision in Udinese's 1-0 win.

"VAR should have seen that it was a clear handball. These episodes change matches and make the difference," he said. "It was a penalty and I don't understand how the referee could have seen it differently."

However, his coach Marco Giampaolo was more philosophical.

"You know what I think about handballs in the area," he said. "It could also have been a penalty, but it's the referee's interpretation that counts in such incidents. There is no right or wrong."

Cagliari coach Roland Maran, meanwhile, was perplexed by the penalty awarded against his team.

"It's difficult to accept given the dynamics of the incident," he said. "It's wrong to lose a match on that sort of episode."

FAMILIAR STORY
Overall, for all the changes and high expectations during the close season, the new season seemed to start where the previous one left off.

Juventus did the minimum necessary to win 1-0 at Parma, AS Roma, held 3-3 at home by Genoa, shot themselves in the foot with defensive errors and AC Milan enjoyed heaps of sterile possession in their defeat at Udinese.