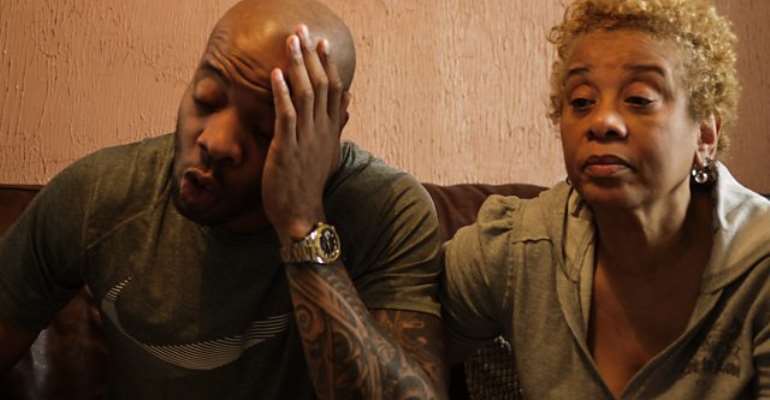 Former Ghana striker, Derek Boateng has admitted that Black Stars players did not do enough to help Junior Manuel Agogo.

The former Nottingham Forest and Zamalek striker passed away on Thursday morning in a hospital in London.

In April 2017, Agogo told BBC in a documentary titled 'Speechless' that he suffered a stroke in 2015 which affected his speech and made him anxious about his language.

"Nobody cares to talk to me," he said.
"I don't if I am the one checking up on them because I used to talk to a couple of guys at the national team but when the stroke happened they all stayed away but the problem also was that I couldn't speak," he added.

However, the former Fulham striker has shared his opinion on the death of the star striker.

According to the former Eibar and Getafe forward, he and his Black Stars mates did not help Junior Manuel Agogo when it was reported that the player has suffered a stroke in London.

“When we are in camp, [you can see] the love we show. Normally when we move from camp, it’s not the same, which is very wrong.”

“It’s not good that after camp, we don’t have contact with each other, we don’t check up on each other. I feel so sorry about what happened to Agogo and that I didn’t keep in touch with him.”

“Now he’s gone and I’m saying all these things about him when I should have gone to him. I don’t know if any of the other guys did. Life is too short and we have to come back together and support each other.”

“Sometimes when you have friends from the beginning and they betray you like this it’s very painful so I understand him…” he told Ghanaweb.com

“I’ll like to apologise on behalf of some of the players who couldn’t reach out to Junior Agogo and his family that maybe we have neglected him at this point but all the same I believe that we are in spirit with him so we wish him a speedy recovery”, he added.

In 2008 he scored the winning goal as Ghana beat Nigeria in the quarterfinals of the Africa Cup of Nations, though the Black Stars were then beaten in the semi-finals by Cameroon.

However, in the tournament's third-place match Agogo also scored in Ghana's 4-2 win over the Ivory Coast.