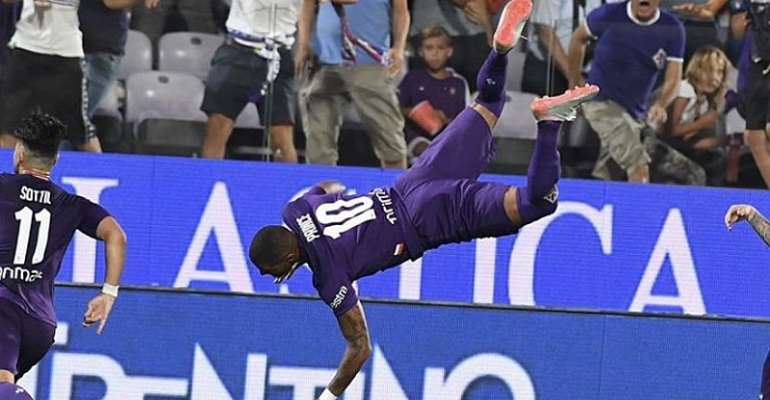 Kevin-Prince Boateng grabbed his debut goal for AFC Fiorentina in their Italian Serie A opener with Napoli on Saturday evening.

AFC Fiorentina suffered a painful 4-3 home loss to Napoli in their week one encounter at the Stadio Artemio Franchi.

Goals from Dries Mertens and Lorenzo Insigne handed Napoli the lead in the first half after Erick Pulgar has netted the opener for the home side from the spot.

Back from the break, Nikola Milenkovic levelled the score for Fiorentina before Jose Callejon restored the lead for the visitors on the 56th minute of the game.

The 32-year-old registered his name on the score sheet on the 65th minute of the game before Lorenzo Insigne got the match-winner for Napoli two minutes later.

He was introduced to replace Dusan Vlahovic after 61 minutes of the game.