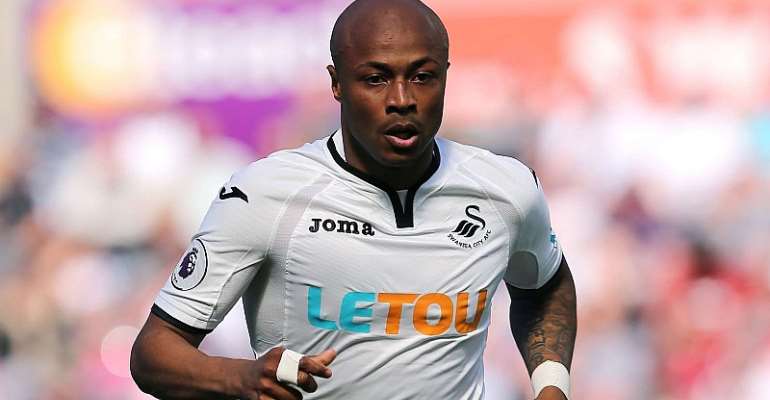 Swansea City striker, Borja Baston has implored Andre Ayew to concentrate on the club this season amid reports the latter wants a move away in pursuit of top-flight action.

The 29-year-old has been linked away from the club in the ongoing summer transfer.

Club boss Steve Cooper was first to call on the Ghana captain to reconsider his decision, admitting the club have indeed received offers for the services of the want-away ex-West Ham winger.

"Andre is a really good player," Baston said as reported by Dai Sports.

“I’m really happy to play with him and I hope he stays here with the team and with me.

“I think we have a lot of high-quality players here. The gaffer has a lot of options in the front line.

Ayew, who spent last season on loan at Turkish outfit Fenerbahce, was re-signed by Swansea in January 2018 but the club's relegation to the second tier prompted a temporary move away.

He has been liked to former club Marseille as well as newly-promoted Premier League outfit Sheffield United.

Like Ayew, Baston's future at Liberty Stadium had been thrown in doubt but his latest comments appear to indicate a final decision in favour of Swansea.

Baston, who scored twice on Saturday, and the Ghanaian, who netted twice last week, are both expected to be in action in Wednesday's league encounter with Queens Park Rangers.