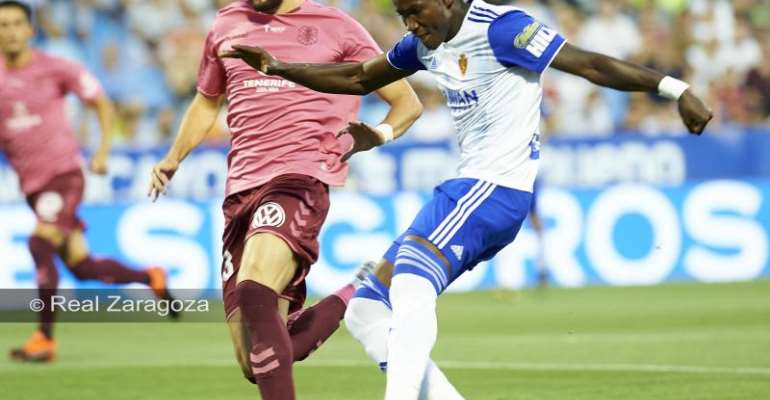 Ghanaian international, Raphael Dwamena marked his competitive debut for his new club Real Zaragoza as they beat Tenerife 2-0 in the Spanish Segunda Division on Saturday.

The former FC Zürich lethal striker is currently on a season-long loan move from Spanish La Liga side UD Levante after enduring a difficult stint with the side last season where he struggled for playing time.

Having impressed in pre-season, he was handed his debut in the Segunda Division last season where he helped the Blanquillos to an emphatic 2-0 win over Tenerife.

Attacker Luis Suarez gave the winners the lead on the 41st minute with Dwamena hugely involved in the build-up to the goal.

They cemented the win in the second half courtesy a penalty kick converted by Javier Ross on the 88th minute.

Raphael Dwamena, 23, bagged as many as 11 goals for Real Zaragoza in pre-season and will be hoping to mirror that form for the lower division side in subsequent matches.