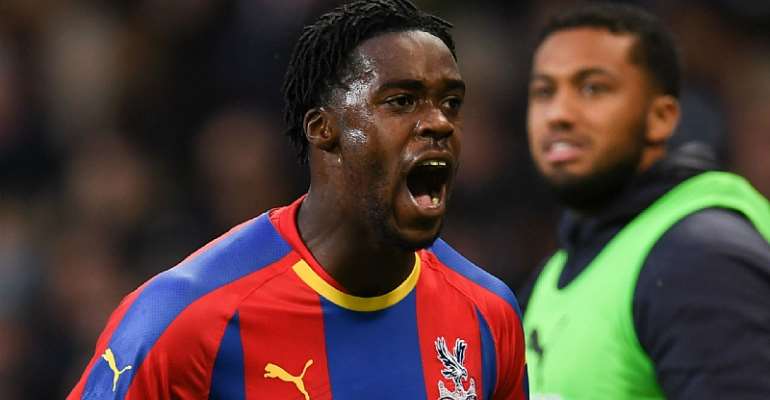 Ghanaian midfielder, Jeffery Schlupp has shared that he is hoping his Crystal Palace side can upset Manchester United when the two clubs meet next weekend on match week three of the English Premier League.

The Eagles are currently enduring a slow start to the season after failing to win any of the two matches they have played. They drew their opening fixture against Everton before following that up with a defeat to newly-promoted side Sheffield United.

Though Jeffrey Schlupp missed the opening match through injury, he was given some minutes in their match against Sheffield yesterday.

Ahead of their upcoming fixture against Manchester United, the versatile player has noted that the side will travel to Old Trafford in hopes of causing an upset to ensure they leave the grounds with a positive result.

"We want to put things right as soon as we can and that’s [Manchester United away on Saturday] is our next opportunity so we are going to go there ready and try and cause them so problems and try and win the game of course”, the Black Stars defender said in an interview with Crystal Palace TV.

He further stressed that he feels good after making a return from injury because he has been working very hard to gain full fitness.

“I’ve been working hard behind the scenes to get fit to try and help the boys. But it wasn’t the best result or performance we wanted but on a personal note it’s good to be back fit”, Schlupp said.