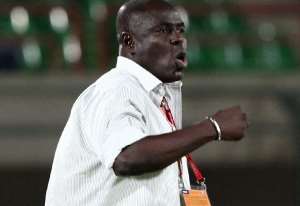 The Sierra Leone Football Association (SLFA) has registered Coach Sellas Tetteh’s name with the Federation of International Football (FIFA) as their representative to vote for the World best football player award.

The decision to present Coach Tetteh’s name to FIFA is in contrary to the Sierra Leonian government order to terminate the appointment of the former Ghana U-20 coach.

With his name presented to FIFA by the SLFA, The Ghanaian trainer is expected to join other coaches and captains of the various national teams to vote for the award as the FIFA Player of the Year.

According to the BBC, Tetteh beat off competition from other shortlisted coaches including Goran Stevanovic, Peter Butler and Tahseen Jabbary among others.

The 62-year-old will be in charge of both the Leone Stars' 2021 Africa Cup of Nations (AFCON) qualifiers and the 2022 World Cup qualification campaign.

His first match in charge will be against Liberia in Monrovia in a 2022 World Cup preliminary round first leg qualifier on 4 March.

Coach Tetteh's appointment comes exactly four years after he was first given the same job on temporary basis where he won three matches with a draw and loss respectively.

To Extend Or Not To Extend: Akufo-Addo To Update Ghanaians T...
27 minutes ago