2019 Africa Game: We Will Not Underrate Any Team – U-20 Goalie Danlad Ibrahim 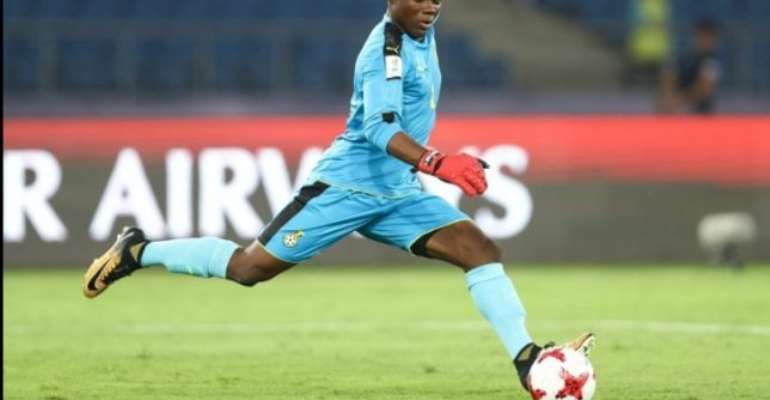 Ahead of the start of the 2019 Africa Games in Rabat-Morocco, the goalkeeper for the Black Satellites of Ghana, Ibrahim Danlad has stressed that the team will not underrate any of their opponents in their quest to win gold.

The West African nation will be presenting its U-20 team at the games which will see 8 nations competition for gold as far as football as a sport is concerned.

Ghana has been pitted in Group B alongside, Mali, Senegal, and Burundi and will need to pick up maximum points to ensure they progress into the knockout stage which will give them a chance of clinching the ultimate prize.

Speaking in a recent interview with Kickgh.com, goalkeeper Danlad Ibrahim has noted that the target of the Satellites is to win goal at the end of the games but they will not underrate any of their opponents.

“Every country is there to win, but with the kind preparations we have had so far before this tournament I think it is one that can galvanize us to win gold”.

“We will not downplay the threat any country can pull rather we will prepare adequately to face each country since there are no minnows in football again”, the 16-year-old keeper shared.

Meanwhile, he has indicated that Mali will be Ghana’s toughest opponent in Group B especially looking at the past results between the two countries at the youth level.

“I think our toughest opposition in the group stage will be the one against Mali. Mali has had some painful victories over us in both U-17 & 20 tournaments in recent times so we have to stop them this time around”.

Ghana will play her first match at the games against Burundi on Saturday, August 17, 2019.