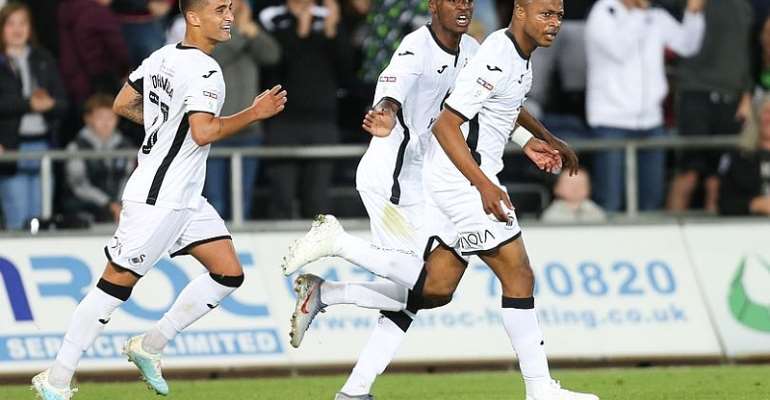 Ghana captain, Andre Ayew was a hero for Swansea City on Tuesday night when he got off the bench to score twice in their 3-1 win over Northampton Town to reach the second round of the Carabao Cup.

Ayew got his head on a cross to bring his side back into the game minutes after making his way onto the pitch.

George Byers scored another for Swansea City before the Ghanaian added his second and the third for the host to progress to the next round of the competition.

The 30-year-old whose future at Swansea remains a doubt prior to his goals against Northampton last found the back of the net for the Swans in May 2016 having spent the last two seasons at West Ham United and Fenerbache.