Ronaldo: Champions League Titles With Many Clubs Set Me Apart From Messi 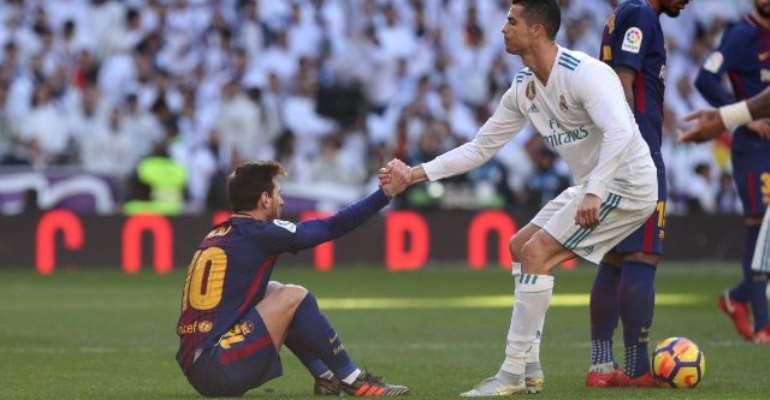 Cristiano Ronaldo says winning the Champions League titles with many clubs is what sets him apart from Lionel Messi.

Ronaldo has won the Champions League five times in his career. His first came with Manchester United in 2008, while the other four were with Real Madrid.

Ronaldo edges Messi by one, who has four Champions League titles. The 32-year-old Argentine has spent his entire career at Barcelona and he lasted lifted the prestigious trophy back in 2015.

And five-time Ballon D'Or winner Ronaldo seemingly wants to make that well known. He explained why he is "different" to DAZN:

"The difference with Messi is that I played for several clubs and won the Champions League with different clubs."

He added: “Messi is an excellent player who will be remembered not just for his Ballon d’Or wins, but also for having improved – like me – year after year.

“I wake up every morning with the idea in my head of training with the objective of achieving something more, not just to earn money.

"Thank God, I don’t lack money, so what I want to earn is a place in the history of football.”