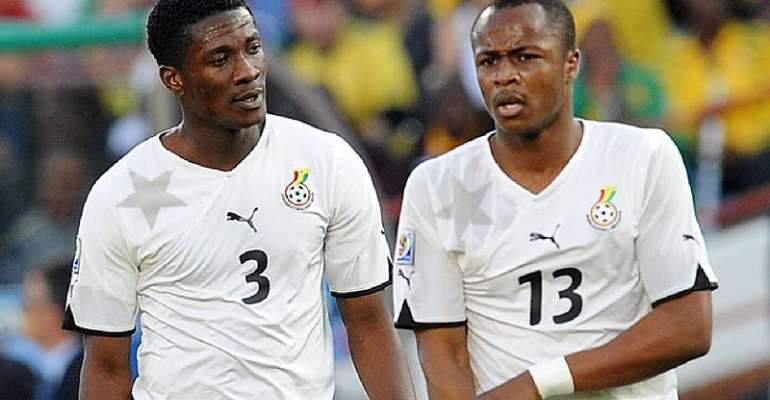 The general skipper of the Black Stars, Asamoah Gyan has rubbished rumours of rivalries between him and Andre Ayew.

There have been several reports that there is a feud between the pair over Black Stars captaincy.

But according to the former Sunderland and Liberty Professionals forward, he and Ayew have a great relationship when in camp.

"He comes to share ideas with me and we talk.
"We are cool. He calls me and we even talk about businesses sometimes but it doesn’t mean we are friends,” the former captain said.

The 33-year-old also revealed that he doesn’t need to hang out with Ayew outside of camp to prove any point.

Weeks before the Afcon 2019, Head Coach Kwesi Appiah relieved Gyan of the captaincy and named Andre as captain.

Gyan reacted by retiring from the team but after the intervention of President Nana Akufo-Addo and some other persons, the former Sunderland star reversed his decision and represented the nation at the Afcon 2019.