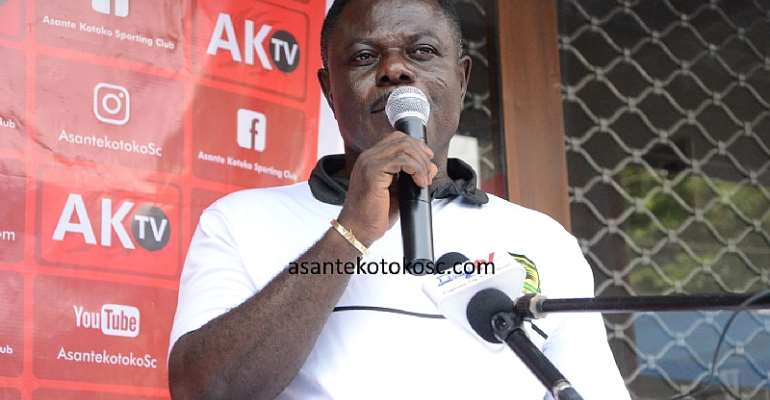 Executive Chairman of Asante Kotoko, Dr Kwame Kyei has revealed that his outfit are working tirelessly to win the CAF Champions League.

The Ghana Premier League side reached the group stage of the CAF Confederation Cup in the last season edition and will be hoping to equal or better it in the CAF Champions League.

According to the successful business mogul, this is the third time the club is participating in Africa under his tenure, and they have prepared very well for this season competition.

“This is my third time of going to the African competition and we have learnt a lot of things in the last year’s Caf Confederation Cup ahead of this year’s campaign,” He told the media during the club visit to Otumfuo at Manhyia.

“We are working hard and praying to win the Caf Champions League. We have really prepared for this African campaign.

“My advice to the team is that Kotoko belongs to Ghanaians so the supporters should keep praying and supporting the team then also I will advice journalist to do fair reportage on everything even if the management goes wrong,” he added.

Kotoko will face Kano pillars on Nigeria on Saturday, August 10, 2019, in the first leg of the CAF Champions League Preliminary stage.

The team is expected to leave the shore of the country on Thursday.