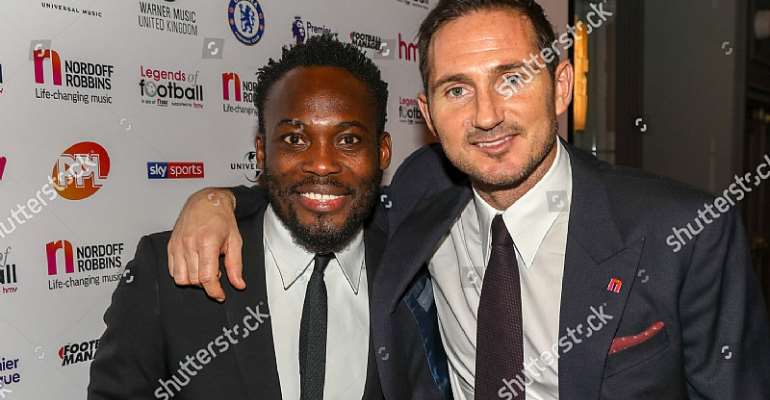 Former Chelsea FC great, Michael Essien has thrown his weight behind new manager of the club Frank Lampard ahead of the start of the 2019/2020 regular season.

Lampard, 41, returned to his boyhood club this summer in the capacity as new manager to replace Italian tactician Maurizio Sarri who switched camps to Serie A giants Juventus.

The Blues idol reunited with his former employers after signing a three-year contract following his impressive season with Championship side Derby County which saw them almost gain promotion into the English Premier League.

Speaking to South Africa based iono.fm on the back of Frank Lampard’s return to the club, Michael Essien has backed his former teammate to succeed whiles citing that he will be given all the help he needs at the club.

“I think it’s’ a good decision to bring Lampard to the club. He is a Chelsea boy, Chelsea man. He's being there for many years”.

“He knows everywhere and everyone at the club. He is going to get all the help he needs. He is a type of guy who likes the young players”.

“I think about Chelsea gives the young players the chance to come through. We are all keeping our fingers crossed and hopefully, everything goes well for him”.

“They (fans) will always wish him well. We have to support him to ensure he succeeds”, the former Ghana Black Stars midfield general said.

With the EPL set to commence next weekend, Frank Lampard is set to take charge of his first competitive match as Chelsea boss when they make the trip to Old Trafford to play Manchester United on Sunday.