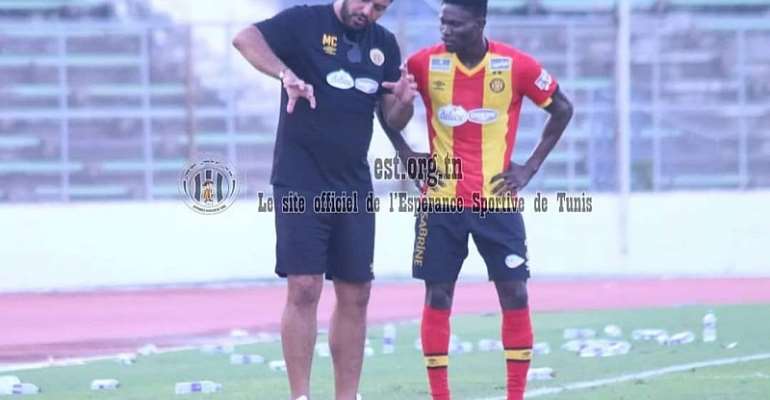 The Ghanaian international signed for the side in the current transfer window and is expected to give their squad a boost ahead of the upcoming season where they will be challenging for the Local League and the CAF Champions League.

Kwame Bonsu has been training with his new teammates in the past week as they look to wrap up preparations for the upcoming season.

He was given a run in the second half of the match when the side was already leading by two goals to nothing against Al Nahda. He showed glimpses of his quality and helped Esperance to score three more goals.

Fedaâ found the back of the net on the 62nd minute before Ben Choug netted a brace in the 66thand 78th minutes respectively.

Bonsu is set to play a key role for the Tunisian side when the 2019/2020 season starts and hopes to impress his new technical team to ensure he cements a place in the starting lineup.