Ashgold's New Brazilian Coach To Arrive In Ghana On Sunday 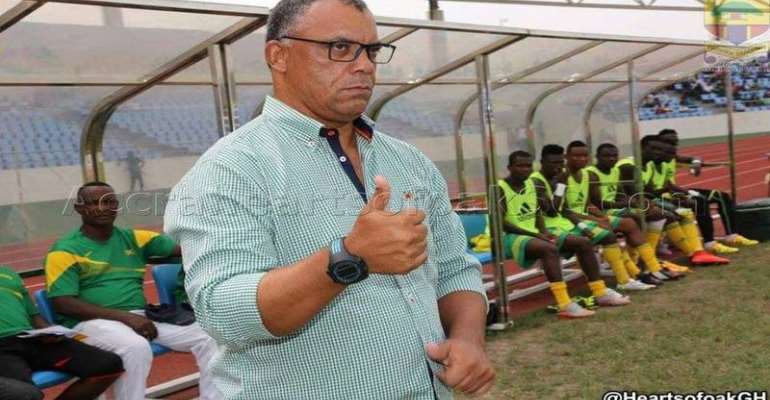 According to the president of Ashantigold, Dr Kwaku Frimpong, aka Champion, the club had opened negotiations with the veteran coach which would be sealed on his arrival.

He told Graphic Sports Online in an exclusive interview that the former Ebusua Dwarfs coach could be handed a three-year deal to achieve laurels with the four-time Premier League champions.

Coach da Rocha, a former coach of the national team of Cape Verde, transformed Cape Coast-based Dwarfs from a relegation-threatened side to a fourth-place finish three seasons ago.

With that record, the sound tactician is expected to lead the Miners to a successful Confederation Cup campaign.

Da Rocha is to replace Ashgold's interim Norweigian trainer, Kjetil Zachariassen, who was snatched by Asante Kotoko barely a fortnight ago.

Zachariassen was handed a two-year contract by Kotoko to lead the club to the CAF Champions while elevating their former head coach, C.K. Akonnor to the position of a technical director.

Following the sudden departure of Zachariassen, the management of Ashgold opened negotiations with former Wa All Stars coach, Enos Adipah, towards a possible signing but the deal fell through.

According to Ashgold officials, Da Rocha emerged as the best option out three foreign coaches who expreseed interest in the job.