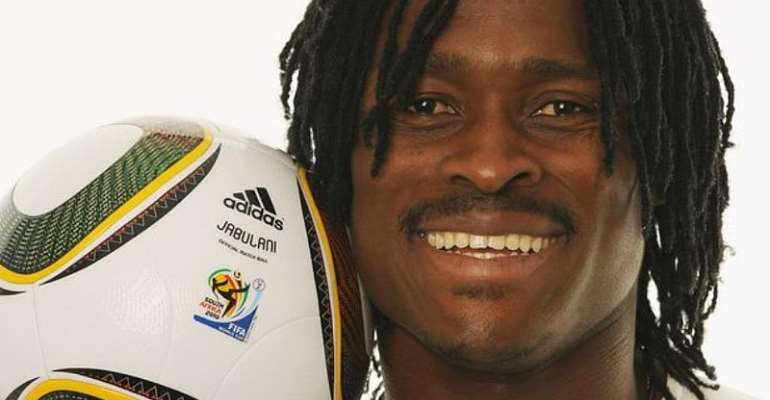 Former Ghana striker, Derek Owusu Boateng has made a passionate appeal to authorities to fix football in the country.

Football activities in the country was left in the dark after the premiering of the 'Number 12' video by Anas Aremeyaw Anas in June 2018 which exposed the rot in the country's football.

Ghana suffered a painful exit from the ongoing Cup of Nations on Monday night at Ismailia.

Tunisia ended the four times African champions dominance by defeating them 5:4 on penalties to progress to the next phase of the competition.

However, the former Fulham striker, speaking on MAX TV called on the people handling football in the country to fix the mess.

"I very sad," he said in anger. "This should not happen to Ghana football because we have done it before.

"I am not at the FA but people who are managing out football must fix our football for us because it is very sad this is happening to a country like Ghana.

Former Hearts of Oak coach, Joe Addo who also on the program said, "Football has changed and we need people who understand the game to be in charge of our football.

"When Kwesi Nyantakyi was in charge of our football, we were all said he is corrupt but the Normalization Committee is doing worse.

"We saw Dr Kofi Amoah, Kwadwo Baah Agyemang and the Sports Minister [Isaac Asiamah] jubilating after our win against Guinea Bissau but they have disappointed us all.

"They don't have any structures to ensure our football progresses. You cannot do football without former players.

"We are not here to crusade against anyone but going forward, we must learn our lessons as a country," he added.