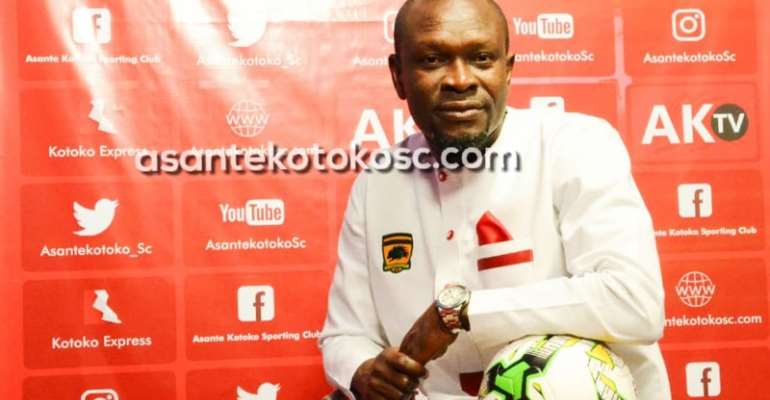 Kumasi Asante Kotoko has officially presented head coach Charles Kwablah Akonnor with the role of a Technical Director accompanied with an enhanced salary of GH¢8,500 Salary Per Month.

The club through a press statement cited by Kumasi based Nhyira FM has confirmed speculations in the media which reported that the club was planning to elevate the gaffer to the position of the technical director.

A portion of the statement reads, “I refer to our discussions with you on the above subject and I am pleased to inform you that management of the club has made you the technical director of the club which takes immediate effect”.

If the former Black Stars accepts the offer, he will be expected to oversee the technical direction of both the Junior and senior teams and be an intermediary between the coach and the management of the club among many others.

In a letter dated July 4th and signed by the clubs Chief Executive Officer, Mr. George Amoako, the club has also confirmed that coach CK Akonnor stands to receive an improved salary of GH¢8,500 if he takes up the new role at the club.

“Your salary has been enhanced to 8,500 starting from July 2019. You would continue to enjoy all other benefits. Please accept our congratulations”, the statement concluded.

Coach CK Akonnor is yet to make a decision on the matter. 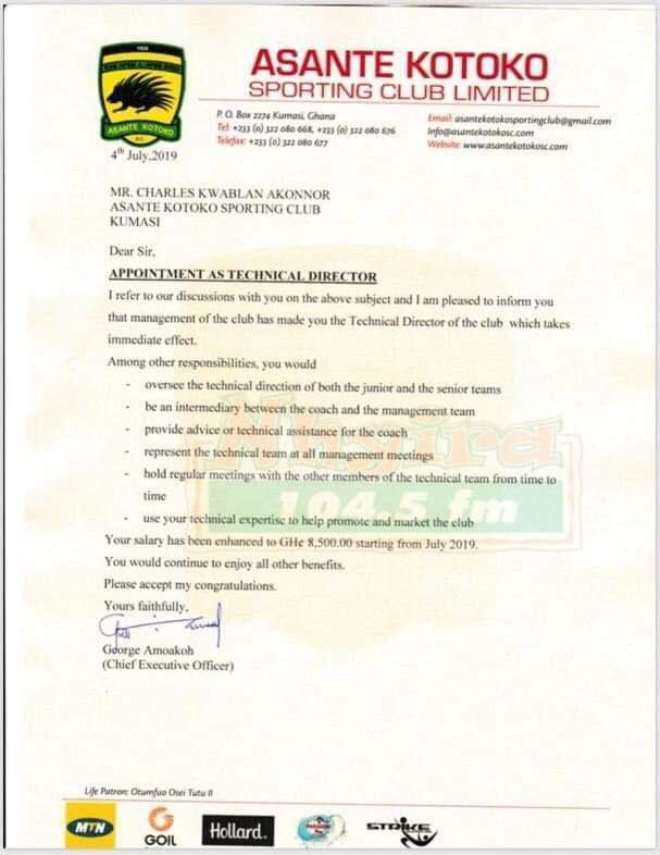