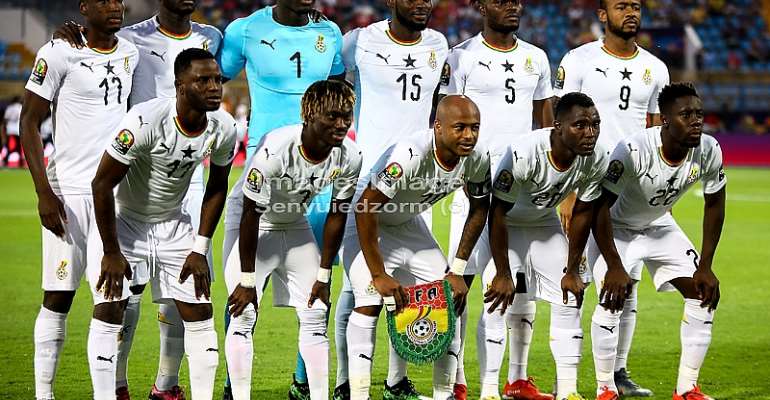 The Black Stars of Ghana have qualified to the round of 16 of the Africa Cup of Nations, top of their group and set to take on Tunisia on Monday.

When you consider the team picked up just two points from their opening two games, qualifying to the knock out rounds in itself was considered shaky. But they knew going into their last game, that victory against Guinea Bissau would secure them passage into the next stage. They did that.

But with Cameroon and Benin playing to a dull 0-0 result, Ghana sneaked in above Cameroon into 1st place on goals scored, with both teams having finished level on points. 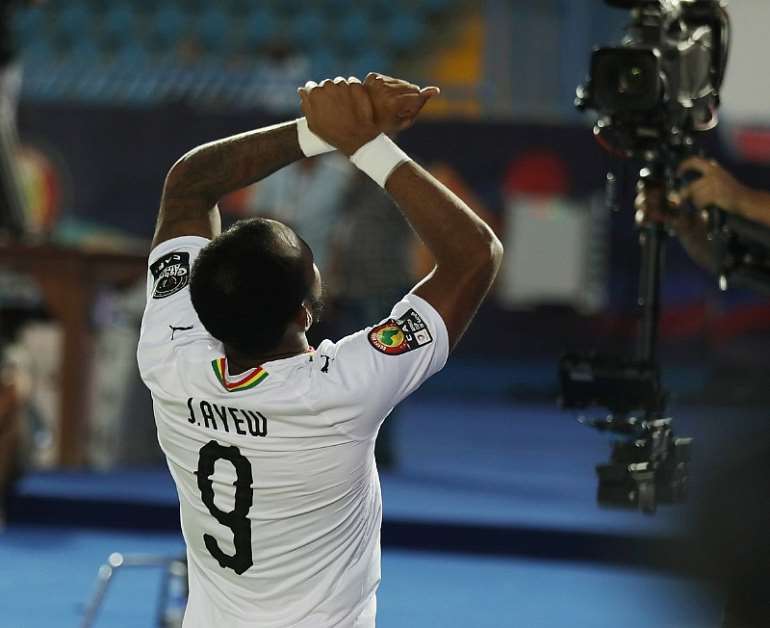 Jordan Ayew has come of age
Jordan Ayew has undoubtedly been one of the most maligned players in the Black Stars. Fans’ frustration has often stemmed from his tendency to hold onto the ball for longer stretches when passing seems the easier option, and his inability to bury glaring chances.

With just one goal to his name in a full season with Crystal Palace in the preceding season, there were even question marks over his inclusion in the team. But Jordan has proven his critics wrong with vintage performances that have got fans yearning for more. And he did not need time to get into his groove, putting up a man of the match performance against Benin in Ghana’s opening game.

His goal against Guinea Bissau was a combination of skill, power and shooting; the last two, not usually mentioned in the same sentence as Jordan. But here we are, Jordan Ayew, making intelligent runs in behind opposition defense, finishing off chances, and making assists for teammates; a boy has now become a man. 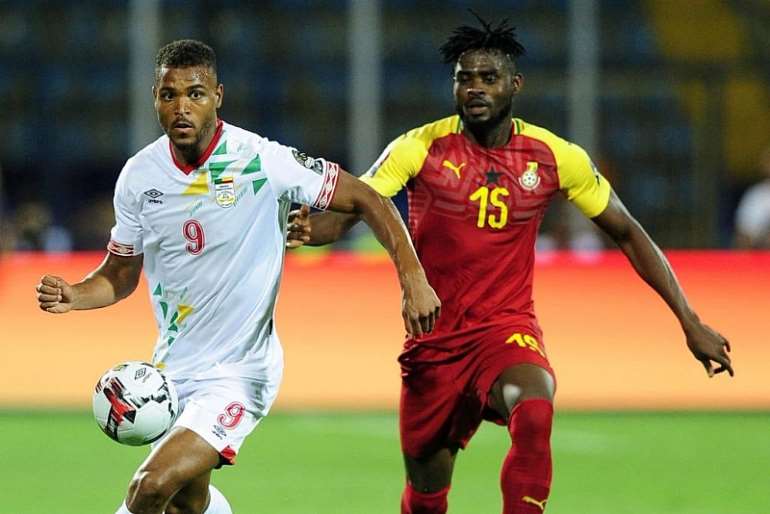 One of the most satisfying things about the Black Stars group stage campaign has been watching Kasim Nuhu seamlessly marshal Ghana’s defense like he’s been playing in the team for years. He certainly does know how to make an impression, Kasim, scoring on his debut against Saudi Arabia in 2017.

With a fantastic passing range and a cunning ability to read and cut out danger, Kasim has been superb for Ghana in the two games he’s played.

It’s not his passing that has impressed me most; he can carry the ball into midfield, bypassing an opposition press with dazzling ease. That’s a rare quality to have as a defender.

But two yellow cards in two matches got him suspended for the last game. Along with John Boye, both of Ghana’s centre backs have now faced suspensions in just 3 matches. That cannot happen in the knock out rounds where the country needs all their top players available. He needs to keep a calm head, now more than ever. 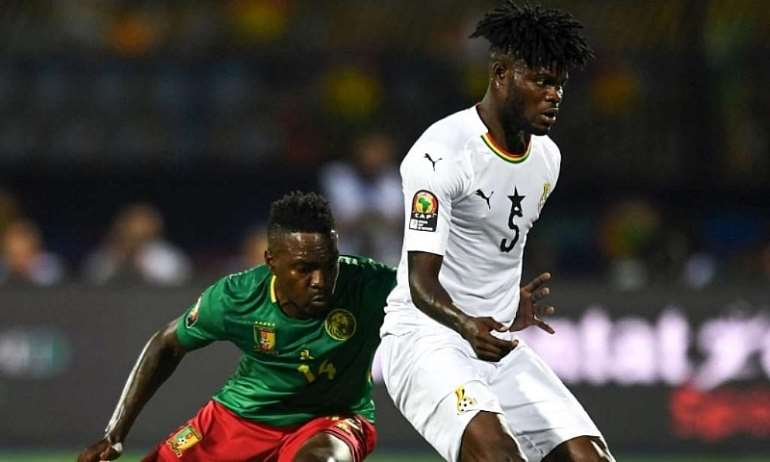 Partey needs to play in the hole
Ghana’s best football in all of their three group stage games was played in the last 25 minutes of the 2-0 win over Guinea Bissau. Coach Kwesi Appiah brought on Afriyie Acquah for Kwabena Owusu, shifted captain Andre Ayew wide and moved Thomas Partey into the hole, just behind Jordan Ayew, and in front of Acquah and Wakaso, and viola, Ghana’s game began to flow.

It’s not magic; it’s an efficient system that brings the best out of the team. And Kwesi Appiah knows this because it was he who introduced Partey to great proficiency in the number 10 role. Ayew is a good player, no doubt, but Partey just seems a better number 10. He is more willing to drop deeper to connect with the midfielders, and also more willing to step back to make himself available for a cut back from the strikers.

We have all advocated against Ayew being played on the wings because he’s not a winger. When you have left back like Baba Rahman, moving Ayew out wide may actually work well as he likes to tuck inside, which creates space for the fullback to overlap. He was out on the wings when he played that fantastic through ball to Rahman to set up Partey’s finish against Guinea Bissau.

Plus, Afriyie Acquah looks a better complement for Wakaso than Partey. Unlike Wakaso and Partey, Acquah is better tactically disciplined, with less aggression and better simplicity. If Wakaso risks it all, Acquah will be in a position to clean it up. When Partey partners Wakaso, both risk takers mean more possession lost. 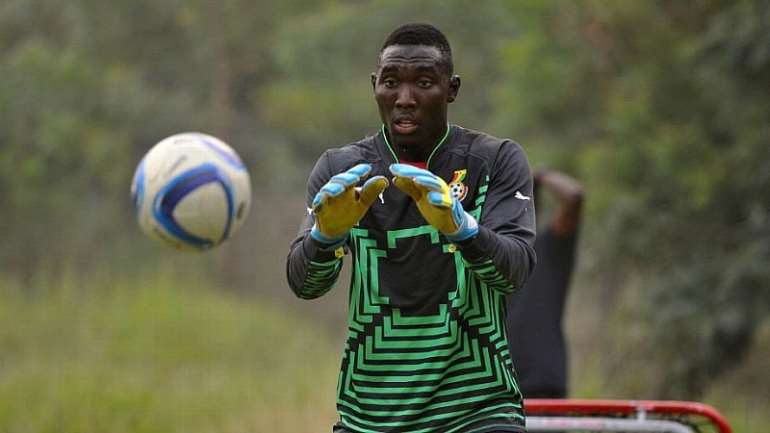 Goalkeeping problems are disappearing
In recent years, the Black Stars have achieved the most consistent run of decent goalkeeping, with Richard Kingson ever present till 2012. Since then, however, Fatau Dauda, Adam Kwarasey and Razak Brimah have all kept the post as Ghana number 1 at some point, but none really quite cemented the position with unequivocal certainty.

Richard Ofori has shown in this AFCON that it will take something special to beat him. After a few shaky moments in the opening minutes against Benin, the former Wa All Stars man has looked impenetrable, punching away set pieces with conviction and making reflex saves that would make his trainer, Olele Kingson, proud.

Ofori has also shown his ball-playing abilities, rounding a Bissau Guinean player in the opening minutes of that crucial game even with the score at 0-0. For a team like Ghana, which likes to play from the back, having a goalkeeper with the confidence to play quality short passes is a welcome ability. 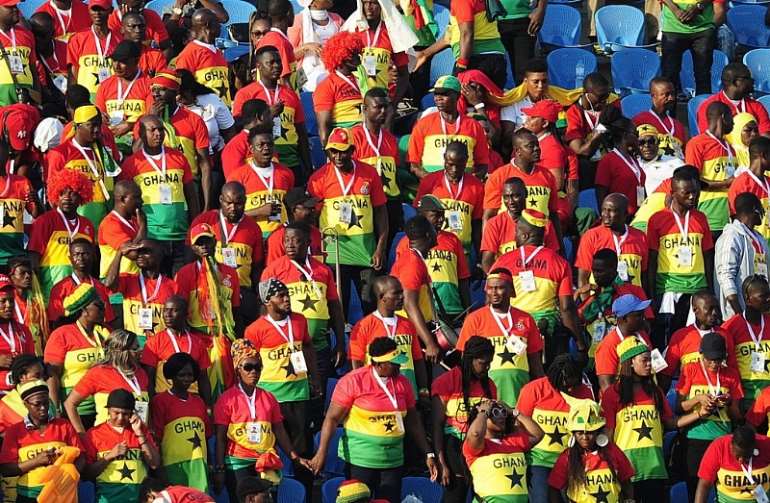 The Ghana fans have been great
CAF described the Ghana fans as the “real attention grabbers” and rightly so. Since the start of the tournament, each match has seen an increased number of Ghanaian supporters in the stadium. And these guys have often come to support. Whether it’s singing and waving the Hearts of Oak “Amen” chant or it’s a “God bless our homeland Ghana eee” jama tune, these men and women have often made their voices heard in every match.

For a tournament that has struggled to fill stands at games, the Ghanaian fans have certainly provided life and colour to not just the Black Stars but the competition as a whole. And you just get the feeling, not only would the Ghanaian players be hoping they continue like this, but CAF too would want their continuous presence in the competition so they can keep added needed colour to a rather dull atmosphere around matches.

And all of this is a credit to the Ministry of Youth and Sports for bringing supporters to Egypt. Yes, this is a divisive topic, but it’s just not imaginable to have Ghana playing at the AFCON without Ghanaian fans.